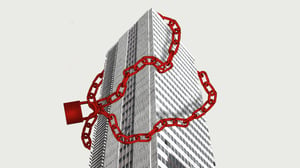 "The report says three ransomware strains are used in attacks worldwide, including many targeting the Netherlands. Those are LockerGoga, MegaCortex and Ryuk, which have gained notoriety over the past year in attacks on large infrastructures with high annual turnover rates.

"The NCSC said it has only identified 1,800 victims, but the actual number of targeted organizations could be much higher.

“Dutch branches of multinationals have also been hit, including those of an American chemical company. Moreover, that company is an important supplier of critical infrastructure in the Netherlands. This includes, among other things, drinking water, internet access and energy,” according to Dutch television channel NOS, which obtained a copy of the NCSC report." Source: Bitdefender.