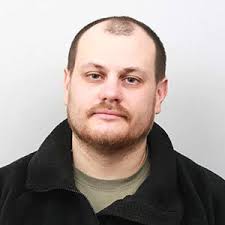 Mikhailov was reportedly arrested in December. His department is responsible for monitoring the Russian internet as well as investigating data leaks, although some security experts say it may also be used for offensive operations.

Russian authorities also arrested Ruslan Stoyanov (see picture), who heads the computer incidents investigations team at Moscow-based Kaspersky Lab, and who has reportedly also served as a liaison between the company and Russian security services.

Stoyanov's LinkedIn profile shows he joined Kaspersky Lab in July 2012. Prior to that, he worked as deputy director at a firm called Indrik - from 2010 to 2012; as head of network security for internet access service provider RTComm.RU from 2006 to 2010; and was a major in the Ministry of Interior's Moscow cybercrime unit from 2000 to 2006.

Head of CDC May Be Fired

The report that Mikhailov and Stoyanov and were arrested in December follows a Jan. 13 report in Kommersant suggesting that Andrei Gerasimov, who has led the FSB's Information Security Center (CDC) since 2009, might soon be fired in relation to an ongoing investigation involving one of his deputies. The report cited only unnamed sources. It's not clear if the treason charges are legitimate, "charges of corruption in Russia do not necessarily mean corruption was the cause of a dismissal." 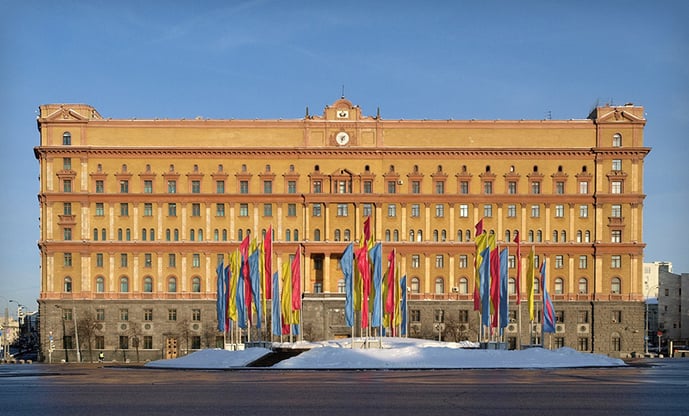 Picture: The FSB Headquarters at Lubyanka Square in Moscow which used to be the feared KGB interrogation central. Photo: NVO (Flickr/CC)

But the timing of Gerasimov's impending dismissal - according to news reports he was already set to retire soon - has some Kremlin watchers, including Dmitry Zaks, a reporter for Agence France-Press, questioning whether it's retaliation for the alleged Russian kompromat on Trump coming to light.

Likewise, it's not clear if Kaspersky Lab's Stoyanov, who is one of the country's top cybersecurity investigators, and who has actively worked to help put Russian hackers behind bars, might have clashed with the FSB or GRU.

Writing on the blog Lawfare, Paul Rosenzweig of Red Branch Consulting, said that the arrests may be the result of declassified intelligence reports that were made public. Details in those reports on the Russian hacking campaign could have tipped off Russian authorities.

“The public report …offers many striking conclusions and the Russians would, properly, surmise that there were underlying details in the classified version of the report supporting the conclusions,” he wrote.