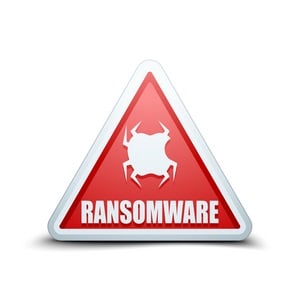 Of course everyone knows that hacking into a computer is a federal crime, and infecting a system with ransomware already falls into that bucket.  However, California’s SB-1137, signed into law last Tuesday by Governor Jerry Brown, is the first one that specifically expands extortion laws to include ransomware.

The bill’s support in the California Senate was helped by testimony from Hollywood Presbyterian Medical Center, where operations were largely shut down by a ransomware infection. The attackers sent the decryption code after the hospital paid  $17,000 in Bitcoin.

It is very easy to hide your tracks as a ransomware criminal. Very few people have been arrested for ransomware attacks in the continental U.S.  From our perspective, the California bill is more of an "awareness" thing than anything else. Some hackers decided to have some fun with it and soon after the California Senate passed it, its site was hit with ransomware and in a separate attack, Sen. Bob Hertzberg who introduced the bill, saw his office also hit.

Though it’s existed for at least 10 years, ransomware has skyrocketed since September 2013 with CryptoLocker. Europol declared Wednesday it’s the internet’s “most prominent malware threat.” The FBI has issued multiple warnings to American businesses. Prevention requires a multi-layered approach.

KnowBe4's integrated training and phishing platform allows you to send attachments with Word Docs with macros in them, so you can see which users open the attachments and then enable macros!