Phishing Attacks Impersonating LinkedIn are up 232% in the Last Month Alone! 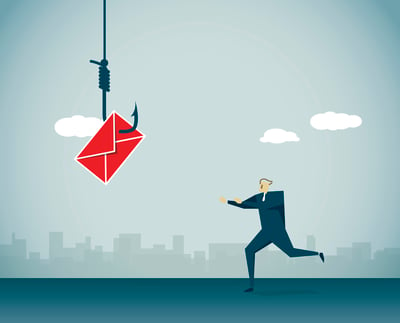 During the period the world has dubbed “the great resignation”, phishing scammers are shifting tactics to take advantage of those looking for a new career or place of employment.

When phishing scammers are coming up with a new campaign idea, they want a brand they can impersonate that has a significant reach to improve their chances of a successful attack. With an estimated 67 million monthly active users, LinkedIn is a pretty great choice. According to new data from security vendor Egress, a significant rise in the number of attacks since February 1, 2022 impersonating LinkedIn are being seen.

The attacks use verbiage very familiar to anyone who uses LinkedIn as the subject lines:

The emails come from an unassociated email address, but do leverage LinkedIn branding, logos, colors, etc.: 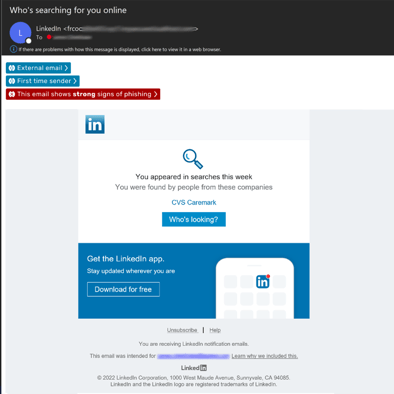 The links in these emails connect victims to lookalike websites intent on harvesting the users credentials that can later either be used to impersonate the victim in future attacks on others.

Even at your organization, there are employees that are thinking about leaving. Seeing an enticing “job match” email could be just the thing to catch the interest of an employee. And while the attack above only harvests credentials, we have seen others that end up infecting business endpoints. Security Awareness Training is the one viable method to significantly reducing the threat surface when it comes to email-borne attacks.