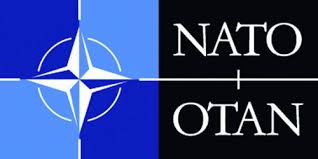 NATO members agreed Wednesday to increase the use of cyber weaponry and tactics during military operations, with the alliance also upgrading other capabilities to combat a resurgent Russia.

The changes are part of the alliance's biggest shakeup since the Cold War, with defence ministers backing the creation of two new command centres to help protect Europe.

The revamp reflects the "changed security environment" of recent years, NATO chief Jens Stoltenberg said at a meeting of defence ministers in Brussels.

The threat to the alliance's eastern flank has grown as a concern after Russia's annexation of Crimea in 2014.

"We are now integrating cyber effects into NATO missions and operations to respond to a changed and new security environment where cyber is part of the threat picture we have to respond to," Stoltenberg said.

"In any military conflict cyber will be an integral part and therefore we need to strengthen our cyber defences and our cyber capabilities," he added, noting that such tactics have been effective in the fight against IS in Iraq and Syria.

After years of stripping back its command structure since the end of the Cold War, NATO wants to add the new command centres -- one to protect lines of communication across the Atlantic and one to coordinate the movement of troops and equipment around Europe.

The creation of a new NATO cyber operations hub comes as the alliance faces hundreds of attacks on its networks every month and fears grow over the Kremlin's electronic tactics.

NATO declared cyber -- where attackers disrupt websites, intercept communications and sabotage technologies used in combat -- as a conflict domain last year, putting it on a par with land, sea and air.

"We have seen a more assertive Russia, we have seen a Russia which has over many years invested heavily in their military capabilities," Stoltenberg said.

"NATO has to be able to respond to that. We are constantly adapting and what we are doing in Europe now is part of that adaptation."

Cyber capabilities will now be included in NATO missions in the same way as planes, tanks and ships -- fully integrated but still under the control of the contributing country.