These 4 Maps Will Make You Understand Russia's Aggressive Cyber Attacks

There are many kinds of maps, they can show roads or general geography, but sometimes they shed light on other dimensions like economic, political and/or military perspectives.

First of all, you need to realize that Planet Earth is an "anarchy of nations". There is no planetary overlord—which we probably should be glad about—and the United Nations are corrupt and ineffective. Countries are locked in a constant struggle for power.

These maps explain why Russia is so incredibly aggressive on the Internet, and essentially is using the net as an integral part of their asymmetric cold warfare.

Strategically speaking, Russia is in a difficult spot since the 1991 collapse of the communist Soviet Union. Putin has repeatedly said this is his biggest regret, and he wants to resurrect the old Soviet power (where his job was stealing Western intellectual property for the KGB).

Here is a map that shows the furthest reach of the old Soviet regime during the cold war: 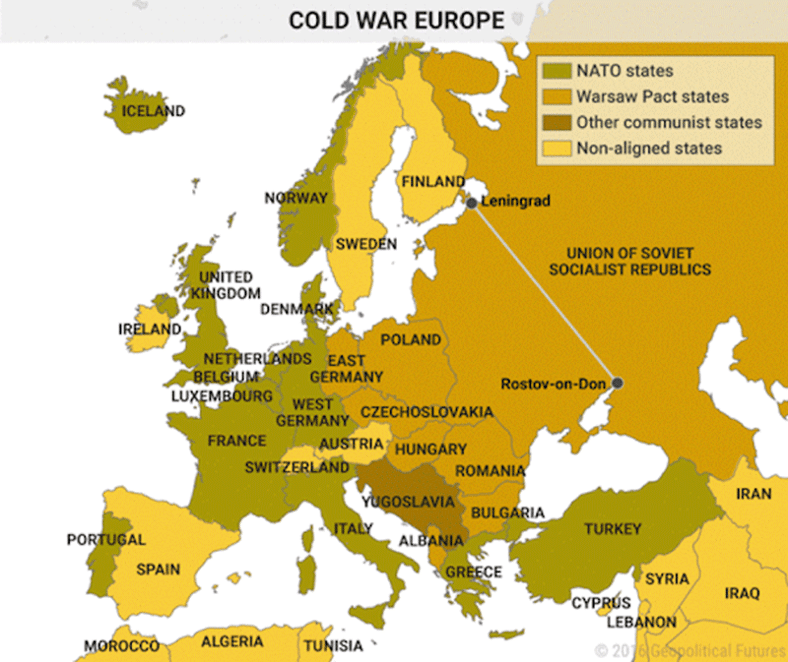 Have a look at the straight line drawn from Leningrad to Rostov-on-Don, and keep that line in mind. (Note that Leningrad became St. Petersburg in 1991 after the collapse).

Now, there are no natural barriers that stop invaders from Western Europe to roll straight into Russia, like the Germans did in the Second World War. Here is a map that illustrates this: 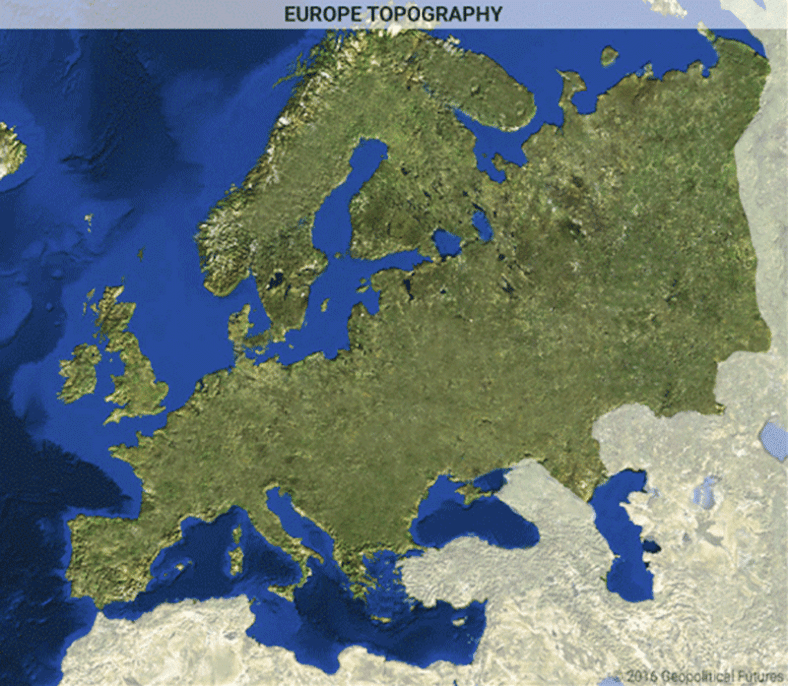 Since the 1991 collapse, Russia has no buffers in place to protect against an invasion, and NATO has made significant inroads in Eastern Europe. The other problem is that Russia is almost landlocked and has no easy access to the sea.

Basically Europe controls Russia's access to the sea, and during the Cold War, air bases in Norway, Scotland, and Iceland, coupled with carrier battle groups, worked to deny Russia access to the sea. This demonstrates the vulnerability Russia faces due to its lack of access to oceans and waterways. 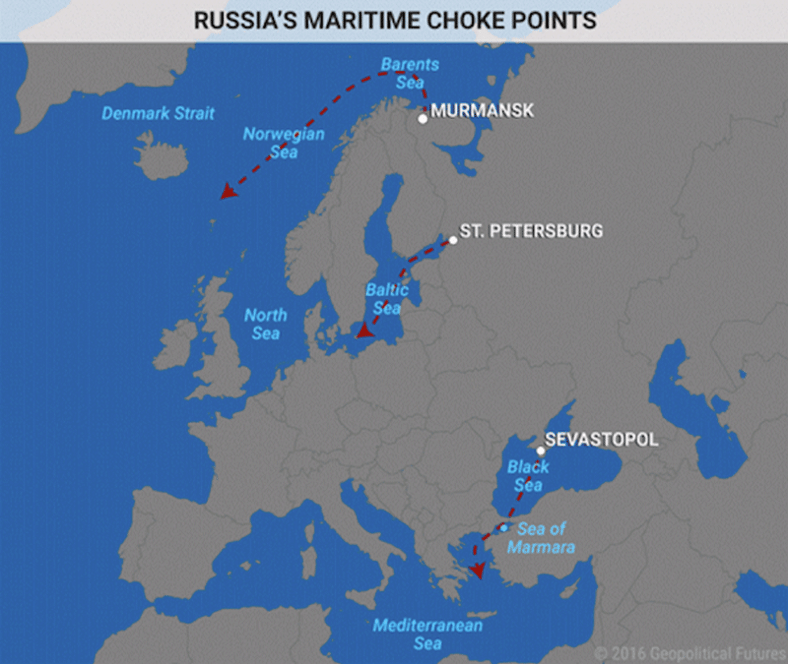 Russia cannot project significant force because its naval force is bottled up and because you cannot support major forces from the air alone. Russia's primary issue is the western frontier and Ukraine. Putin thinks that the Euro-American interest in creating a pro-Western regime there has a purpose beyond Ukraine. Putin's Ukraine viewpoint is that they lost a critical buffer zone, and guess what, from his perspective he is right.

Russia's economy is very much like an intersection in the boondocks with a gas station, a gun shop, and a flag on top. Their economy is in serious trouble given the plummeting price of oil in the past years and no expectation of getting better. Their weapons exports only partially compensate for this.

Russia occupies the weaker strategic position, having lost their western buffers against an invader, an economy in trouble, and are struggling to maintain the physical integrity of their "Mother Russia".

Here is the picture of how things look now, and compare the straight line from St. Petersburg to Rostov-on-Don again with the first map: 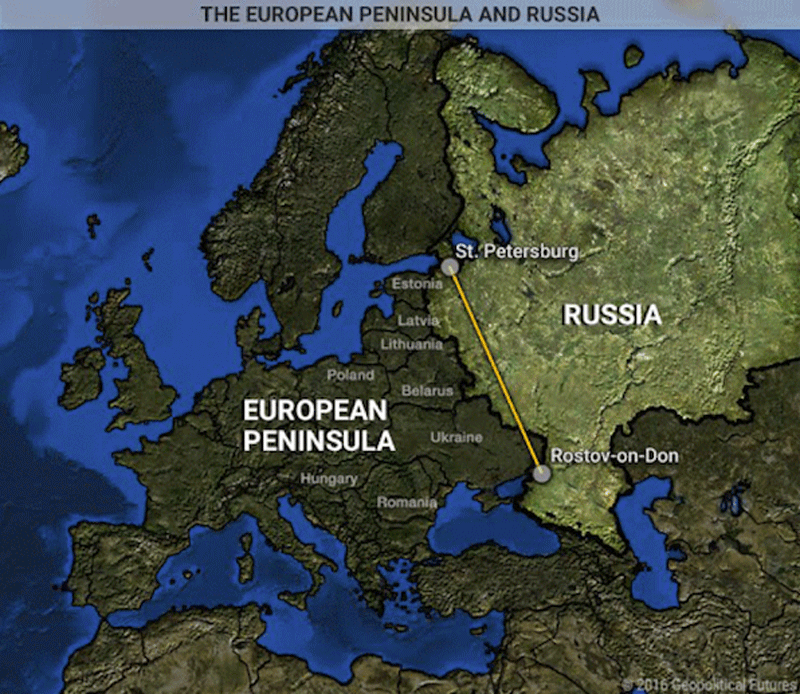 It is not hard to see why they are grabbing hold of any strategic advantage they can get their hands on, and the internet allows them to overcome traditional military limitations. Russian cyber attacks by the FSB, GRU and organized cyber crime (protected by the Kremlin) are not going away any time soon.

The WSJ observed: "Russia’s military laid out what is now seen as a blueprint for cyberwarfare with a 2013 article in a professional journal by Gen. Valery Gerasimov, the chief of Russia’s General Staff. Cyberspace, wrote Gen. Gerasimov, 'opens wide asymmetrical possibilities for reducing the fighting potential of the enemy.'"

In his 2013 article, Gerasimov talked about the Russian military’s desire to hone its hacking skills as an extension of conventional warfare and political conflict. In reality, they were already deeply engaged in this and expanding their reach. In Washington’s defense and national security circles, Russia’s attacks in cyberspace have become known as the “Gerasimov doctrine”.

In addition to the above, Russian President Vladimir Putin said a few days ago: "The leader in Artificial Intelligence will rule the world." He predicted that future wars will be fought by drones, and "when one party's drones are destroyed by drones of another, it will have no other choice but to surrender." Terminator, here we come. Link to Associated Press.