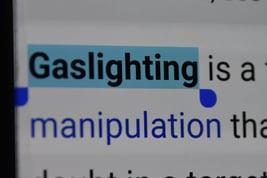 Merriam-Webster has announced "gaslighting" as the 2022 word of the year. One definition of gaslighting is "to manipulate (someone) into believing that he or she is going insane or that his or her perceptions are false." As you see, gaslighting and social engineering are close cousins because both are based on deception.

Merriam-webster said: "In this age of misinformation—of “fake news,” conspiracy theories, Twitter trolls, and deepfakes—gaslighting has emerged as a word for our time."

Gaslighting is often used to describe relationships in which one person slowly erodes the self-confidence of their partner until they are no longer able to trust their own thoughts or feelings.

Merriam-webster continued;" A driver of disorientation and mistrust, gaslighting is “the act or practice of grossly misleading someone especially for one’s own advantage.”

2022 saw a 1740% increase in lookups for gaslighting, with high interest throughout the year.

Its origins are colorful: the term comes from the title of a 1938 play and the movie based on that play, the plot of which involves a man attempting to make his wife believe that she is going insane. His mysterious activities in the attic cause the house’s gas lights to dim, but he insists to his wife that the lights are not dimming and that she can’t trust her own perceptions." 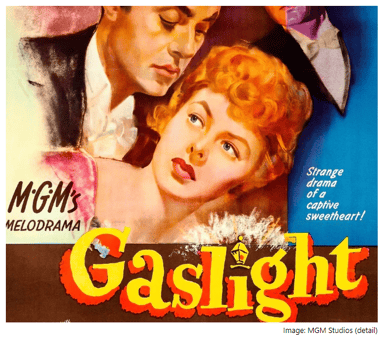 There are countless ways to say "lie" in English, from the formal terms like falsehood and untruth, to the more blunt deceitfulness, to the seemingly harmless fib. And during the Cold War era, we even got the espionage-related disinformation.

Their conclusion ended on a funny note: "In recent years, with the vast increase in channels and technologies used to mislead, gaslighting has become the favored word for the perception of deception. This is why (trust us!) it has earned its place as our Word of the Year."

It's the busiest time of year for everyone, especially cybercriminals. They know surges in online shopping, holiday travel, and time constraints can make it easier to catch users off their guard with relevant schemes. That's why we put together this resource kit to help your users make smarter security decisions every day. 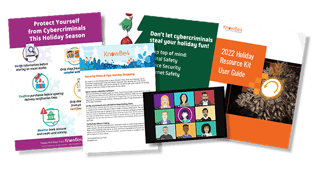