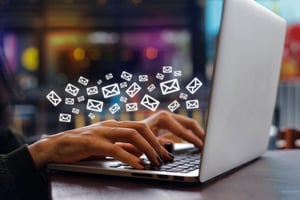 An ongoing criminal investigation highlights how classified documents stolen by Russian hackers from former U.K. trade minister Liam Fox may have been used to impact the British 2019 election.

Late last year, these trade documents were leaked and disseminated online by a Russian disinformation campaign. The new addition to this story, according to Reuters, is that then-trade minister Fox’s email account had been hacked as part of that campaign. According to sources, state-run Russian hackers accessed Fox’s email account “multiple time between July 12 and Oct. 21 last year.”

There are no formal details on how his email account was compromised (although one anonymous source points towards a spear phishing attack), but I can take a few guesses:

The impact of the data theft that resulted from the compromised email account included Britain’s opposition Labour Party using details within the leaked documents during the election campaign. The documents reportedly showed a government plan to sell the U.K. National Health Service to the United States, which has been denied repeatedly by Prime Minister Boris Johnson.

A simple phishing campaign targeting the right person can have adverse effects beyond the individual, hurting the organization and, in this case, well-beyond.

It’s imperative that organizations look to shore up email and web-based security, as well as utilize Security Awareness Training as a means of educating the everyday user (all the way up to trade ministers, CEOs, etc.) on how to spot phishing and social engineering attacks in order to keep something far more malicious from happening.