Data Breaches Are Up 29 Percent Over Last Year 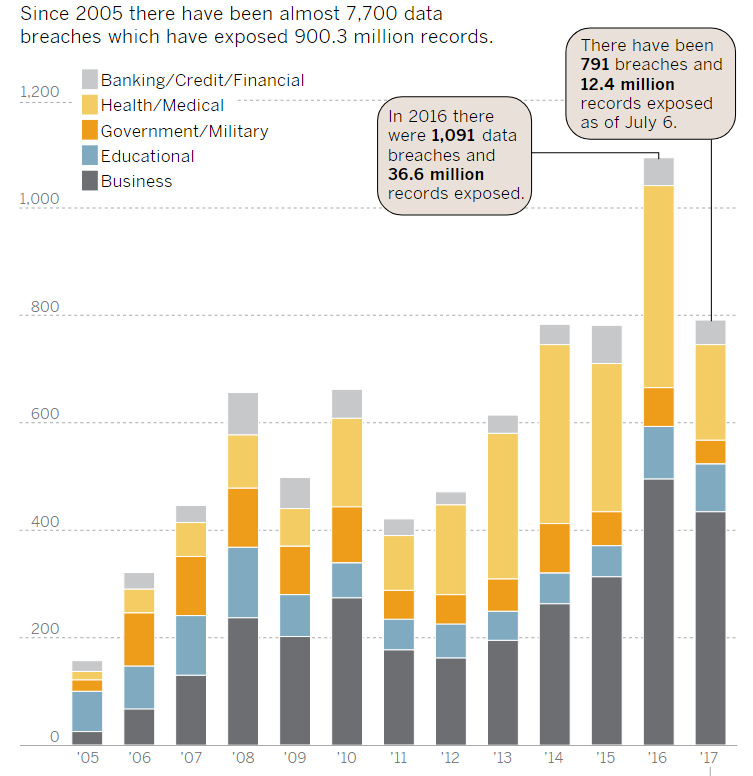 Data breaches are running 29 percent above last year, according to a report released by the Identity Theft Resource Center and CyberScout. Hacking was the leading cause of data breaches nationwide, more than 790 so far this year.

More than 12 million records have been exposed, although two-thirds of data breach notifications or public notices did not report the number of records compromised. “Only 33 percent of data breaches reported this year have made the number of records exposed publicly available,” said Karen A. Barney, director of research and publications at Identity Theft Resource Center, an increase of 13 percent over 2016 mid-year numbers.

Read about the new report at the San Diego Union Tribune: