China Finally Admits It Has A Hacker Army 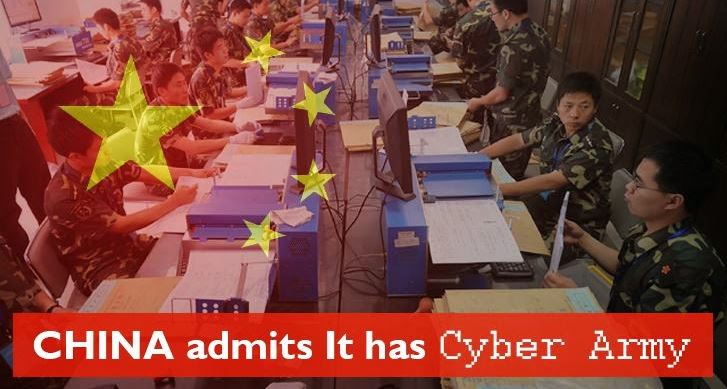 China finally admits it has special cyber warfare units — and a lot of them. This is the "advanced persistent threat" cyber security experts have been pointing to.

For years China has been suspected by U.S. and many other countries for carrying out several high-profile cyber attacks, but every time the country strongly denied the claims.

However, for the first time the country has admitted that it does have cyber warfare divisions – several of them, in fact.

In the latest updated edition of a PLA publication called The Science of Military Strategy, China finally broke its silence and openly talked about its digital spying and network attack capabilities and clearly stated that it has specialized units devoted to wage war on computer networks.

An expert on Chinese military strategy at the Center for Intelligence Research and Analysis, Joe McReynolds told TDB that this is the first time when China has explicitly acknowledged that it has secretive cyber-warfare units, on both the military as well as civilian-government sides.

"It means that the Chinese have discarded their fig leaf of quasi-plausible deniability," McReynolds said. "As recently as 2013, official PLA [People's Liberation Army] publications have issued blanket denials such as, 'The Chinese military has never supported any hacker attack or hacking activities.' They can't make that claim anymore."  Full story at TheHackerNews

With state-sponsored hackers attacking your organization, effective security awareness training for employees that gives them knowledge to stay stafe at the office is a must these days. Find out how affordable this is for your organization today.