Ian Talley and Dustin Volz at the WSJ wrote: 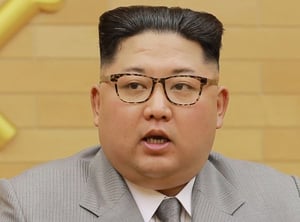 "WASHINGTON—New U.S. sanctions against North Korean hackers and revelations about North Korean malware show how Pyongyang’s cyber operations have become a crucial revenue stream and a security threat that soon could rival its weapons program, U.S. and industry officials say.

The article goes into much more detail and is excellent ammo for more InfoSec budget. I recommend sending this link to your C-level budget holders: