WorldWide Threat Assessments of the US Intelligence Community: CYBER 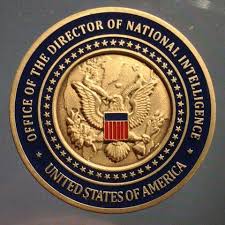 Daniel R. Coats, Director of National Intelligence reported on Threats to US national security on January 29, 2019. He gave big picture, geo-politics data and had a few paragraphs specifically dedicated to cyber threats. I'm quoting them below, and there is a link to the full PDF at the end.

• China and Russia are more aligned than at any point since the mid-1950s, and the relationship is likely to strengthen in the coming year as some of their interests and threat perceptions converge, particularly regarding perceived US unilateralism and interventionism and Western promotion of democratic values and human rights.

• As China and Russia seek to expand their global influence, they are eroding once well-established security norms and increasing the risk of regional conflicts, particularly in the Middle East and East Asia.

• At the same time, some US allies and partners are seeking greater independence from Washington in response to their perceptions of changing US policies on security and trade and are becoming more open to new bilateral and multilateral partnerships.

Our adversaries and strategic competitors will increasingly use cyber capabilities—including cyber espionage, attack, and influence—to seek political, economic, and military advantage over the United States and its allies and partners.  China, Russia, Iran, and North Korea increasingly use cyber operations to threaten both minds and machines in an expanding number of ways—to steal information, to influence our citizens, or to disrupt critical infrastructure.

At present, China and Russia pose the greatest espionage and cyber attack threats, but we anticipate that all our adversaries and strategic competitors will increasingly build and integrate cyber espionage, attack, and influence capabilities into their efforts to influence US policies and advance their own national security interests.  In the last decade, our adversaries and strategic competitors have developed and experimented with a growing capability to shape and alter the information and systems on which we rely.  For years, they have conducted cyber espionage to collect intelligence and targeted our critical infrastructure to hold it at risk.  They are now becoming more adept at using social media to alter how we think, behave, and decide.  As we connect and integrate billions of new digital devices into our lives and business processes, adversaries and strategic competitors almost certainly will gain greater insight into and access to our protected information.

China presents a persistent cyber espionage threat and a growing attack threat to our core military and critical infrastructure systems. China remains the most active strategic competitor responsible for cyber espionage against the US Government, corporations, and allies.  It is improving its cyber attack capabilities and altering information online, shaping Chinese views and potentially the views of US citizens—an issue we discuss in greater detail in the Online Influence Operations and Election Interference section of this report.

• Beijing will authorize cyber espionage against key US technology sectors when doing so addresses a significant national security or economic goal not achievable through other means.  We are also concerned about the potential for Chinese intelligence and security services to use Chinese information technology firms as routine and systemic espionage platforms against the United States and allies.

• China has the ability to launch cyber attacks that cause localized, temporary disruptive effects on critical infrastructure—such as disruption of a natural gas pipeline for days to weeks—in the United States.

We assess that Russia poses a cyber espionage, influence, and attack threat to the United States and our allies.  Moscow continues to be a highly capable and effective adversary, integrating cyber espionage, attack, and influence operations to achieve its political and military objectives.  Moscow is now staging cyber attack assets to allow it to disrupt or damage US civilian and military infrastructure during a crisis and poses a significant cyber influence threat—an issue discussed in the Online Influence Operations and Election Interference section of this report.

• Russian intelligence and security services will continue targeting US information systems, as well as the networks of our NATO and Five Eyes partners, for technical information, military plans, and insight into our governments’ policies.

• Russia has the ability to execute cyber attacks in the United States that generate localized, temporary disruptive effects on critical infrastructure—such as disrupting an electrical distribution network for at least a few hours—similar to those demonstrated in Ukraine in 2015 and 2016.  Moscow is mapping our critical infrastructure with the long-term goal of being able to cause substantial damage.

Iran continues to present a cyber espionage and attack threat. Iran uses increasingly sophisticated cyber techniques to conduct espionage; it is also attempting to deploy cyber attack capabilities that would enable attacks against critical infrastructure in the United States and allied countries.  Tehran also uses social media platforms to target US and allied audiences, an issue discussed in the Online Influence Operations and Election Interference section of this report.

• Iranian cyber actors are targeting US Government officials, government organizations, and companies to gain intelligence and position themselves for future cyber operations.

• Iran has been preparing for cyber attacks against the United States and our allies.  It is capable of causing localized, temporary disruptive effects—such as disrupting a large company’s corporate networks for days to weeks—similar to its data deletion attacks against dozens of Saudi governmental and private-sector networks in late 2016 and early 2017.

Foreign cyber criminals will continue to conduct for-profit, cyber-enabled theft and extortion against US networks.  We anticipate that financially motivated cyber criminals very likely will expand their targets in the United States in the next few years.  Their actions could increasingly disrupt US critical infrastructure in the health care, financial, government, and emergency service sectors, based on the patterns of activities against these sectors in the last few years.

Terrorists could obtain and disclose compromising or personally identifiable information through cyber operations, and they may use such disclosures to coerce, extort, or to inspire and enable physical attacks against their victims.  Terrorist groups could cause some disruptive effects—defacing websites or executing denial-of-service attacks against poorly protected networks—with little to no warning.

The growing availability and use of publicly and commercially available cyber tools is increasing the overall volume of unattributed cyber activity around the world. The use of these tools increases the risk of misattributions and misdirected responses by both governments and the private sector.

This is the link to the full PDF: