Why Do Organizations Still Under-report Cybercrime? 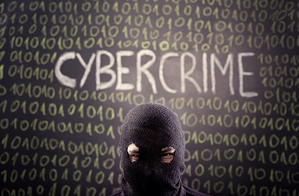 It’s estimated that organizations aren’t engaging with Law Enforcement when becoming a victim of a cybercrime in large numbers. We cover 5 reasons why organizations don’t.

After a confirmed cyberattack, there are a number of tasks that need to be done; figure out what happened, assess the scope of any damage done, figure out where the gaps are in security, and strengthen your security stance. But what about calling the local police or the FBI? Is that even on your incident response list?

For many organizations, the notion of contacting law enforcement just isn’t a priority. According to a recent article at CSOonline, a number of reasons are touched upon:

1) Law Enforcement Can’t Help Anyway – There’s a sense of apathy that the law won’t be able to find the perpetrator, so what’s the point?

2) Time and Expense – It does take some measurable level of effort to put together details and evidence; something an organization may not be willing to do.

3) Further Disruption – A sense that Law Enforcement my further interrupt operations while performing an investigation is a reasonable assumption, although industry experts hold that disruption (if any) is minimal.

4) Better Off Not – Exposure to the press and the resulting public perception may be enough to steer an organization clear of contacting the authorities.

We’ll add one more we see all too often:

5) They’re not aware of the crime – we’ve covered previously how users can tend to not report becoming a victim of a cyberattack, so it’s plausible that the organization may not even be aware that a cybercrime has taken place. Educating employees with Security Awareness Training on both how to avoid becoming a victim of cyberattacks, as well as how to respond to an attack (which includes reporting it to the organization) can address this specific reason.

Whether to report or not is up to the organization. Doing so can help authorities identify and find cybercriminals, lowering the number of attacks experienced by your business overall. And, depending on the circumstances, there is the possibility that they actually may be able to help.