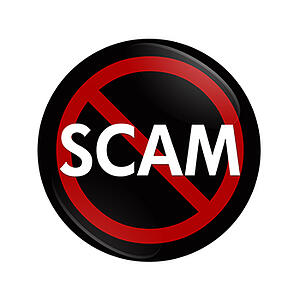 We are all familiar with ransomware and its increasingly dangerous cousin, wiper malware. The first encrypts your files and demands ransom payments in exchange for the decryption key. The second, now being mixed with ransomware proper, is more destructive. As its name implies, it wipes files, deletes them permanently.

Sometimes it may be used as a threat to increase the pressure on the victim to pay. At other times it masquerades as ransomware, but even if you pay, you will not get your files back.

These represent serious threats, best handled with awareness and a rigorous program of regular, secure backup. But there are other kinds of extortion, and these are more easily handled. Recognize them for the scams they are and simply delete them.

We have written about various instances of these over the years, but now BleepingComputer has compiled a rundown of the more common varieties of scareware. Remember as you look at each one of these that there’s nothing to them. They work only on people whose jittery nerves or uneasy consciences lead them to panic, and then pay. Some of these phishing emails carried ransomware or information stealers as a kind of secondary payload, but the primary threat was all so much hot air:

You might find all of these laughable, but people fall for them. Teach your employees not to be spooked, or to fool around with any links or attachments the emails might carry. The threatening subject line is direct extortion, but it can also serve as phishbait for a different attack. New-school security awareness training will help any organization rest easy, knowing that CIA hitmen did not in fact date all of your people back in college, and so on.