Unfortunate Learning Lessons from Clicking on a Suspicious Phishing Email 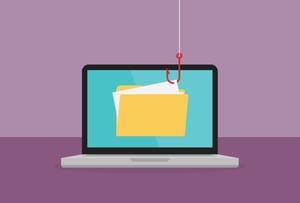 Israeli news source YNet released a story about a woman who clicked on a suspicious phishing link, was fired from her job, and was accused of fraud with a criminal indictment.

Below is the example of the email the woman received: 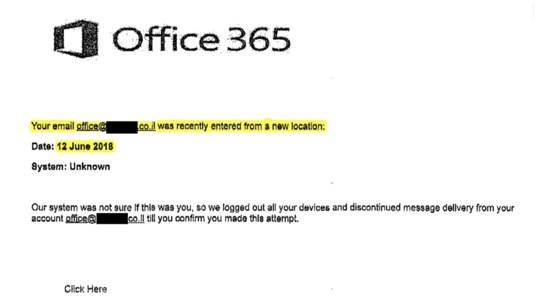 From the email address to the body text, the email was already looking suspicious. While anyone could fall for a malicious attack, this woman made the unfortunate mistake of clicking on the link. She was then fired from her company right after the incident and was arrested by The Israel Police and the State Attorney's Office. Fortunately, thanks to a judge the outcome would not be negative, but the situation itself could have easily been avoided.

When asked how often is it that an employee who clicked on a phishing link was fired and charged, Ido Naor, a cyber expert and CEO of Security Joes, explains: "Very rare. I was very surprised by the arrogance of the company, to blame an employee for a cyber operation. The responsibility falls on the company and the computer people in the company. If they had run two-stage authentication it would not have happened. And the activity of the burglars. "

With that said, it's important to have the following takeaways when you receive a suspicious email:

Frequent phishing security tests could have this situation from occurring. That's why new-school security awareness training can ensure your users are always prepared with the tools needed to report any suspicious activity to your security team.