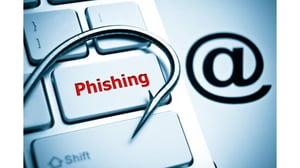 Attacks that target business email accounts continued to increase in the second quarter of 2018, accounting for 23% of incidents reported to Beazley P.L.C. clients, the insurer said Tuesday in a report.

This was particularly true for organizations using Microsoft Corp.’s Office 365, said Beazley’s breach response services unit in the Beazley Breach Insights Report. A Microsoft spokesman could not immediately be reached for comment.

“Business email compromises are efficient for the hacker because the compromise of a single account gives the hacker a platform from which to spear phish within and outside the organization. While these compromises can prove very expensive to a company that has been successfully attacked, they are also easily preventable,” says the report.

The report says in addition to securing a base for spear phishing attacks, attackers can also leverage compromised accounts to request fraudulent wire transfers, redirect an employee’s paycheck and steal sensitive information within the inbox.

Beazley said in its report that these attacks can be easily prevented by using two-factor authentication and training employees.

Earlier this month, a federal appeals court reversed a lower court ruling and held that a Travelers Cos. Inc. unit is obligated to indemnify a tool and die manufacturer that lost $834,000 in a spoofing email scam.