The hacking of Russia’s power grid by the U.S. has led to a formal warning from the Kremlin that could escalate into an all-out cyberwar with attacks on U.S. businesses, agencies, and infrastructure. 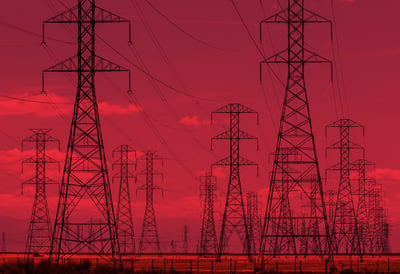 The U.S. has been up front about its use of malicious code as part of its’ cyber defense strategy since 2012. But in recent years, defense has turned to offense, with the U.S. deploying malware intended to be a warning shot across Russia’s cyber-bow, as it were.

But with the latest attack on the Russian power grid, the Kremlin is formally warning the U.S. of a potential retaliation. Russia has long-been the primary source of many hackers and cybercriminal groups. The FBI’s most-wanted cybercriminal, Evgeniy M. Bogachev, has masterminded cybercrimes that have siphoned hundreds of millions of dollars out of U.S. businesses of every vertical and size. Unleashing the full cyber-wrath of Bogachev and others like him could put everyday U.S. businesses (along with government agencies and critical infrastructure) at risk.

Most malware today falls into two areas of intent: either encrypt data to hold it for ransom, or attain persistent access to a network to commit data theft, fraud, etc. But this potential cyberwar would likely look much different. Malware intent on shutting down industrial control systems or deleting critical data and backups is far more likely, as the goal would be destruction, not money.

Keep in mind, the devastation would be the result of a successful malware infection. That means organizations with layered security in place to protect any interaction with the web or email are less likely to become victims of cyberattack.

I’d expect that, even in the midst of a cyberwar, the base tactics will still be the same – these cyber “warriors” will use the same phishing and social engineering tactics that scammers have been using successfully for years.

Organizations need Security Awareness Training now, more than ever, to make the everyday user a vigilant part of your security strategy. By educating the user, traditional tactics used to fool them into clicking on malicious links and attachments become ineffective.

Russia may be preparing for its largest cyberattack ever. You need to start preparing your defense.