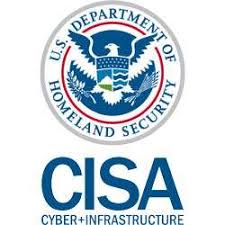 A new joint cybersecurity advisory from CISA, the FBI, and the NSA cautions organizations against Russian-based attacks and provides mitigations to be implemented.

It’s one thing to see an advisory that simply says “hey, we’re seeing bunch more attacks.” But when you also see 8 pages of recommended security measures and a statement encouraging “the cybersecurity community—especially critical infrastructure network defenders—to adopt a heightened state of awareness and to conduct proactive threat hunting”, you know they know something you don’t.

This is exactly what is in yesterday’s cybersecurity advisory entitled “Understanding and Mitigating Russian State-Sponsored Cyber Threats to U.S. Critical Infrastructure”.

While the advisory isn’t focused on a specific threat, it does begin with some general statements of what’s been observed:

Even if you’re not a “critical infrastructure” organization, this advisory is solid reading. It offers real-world examples of Russia-based attacks, vulnerabilities used, observed tactics and techniques mapped to the MITRE ATT&CK Framework, and practical guidance to shore up your Detection, Incident Response, and Mitigation efforts.

In general, the advisory makes the following high-level recommendations: