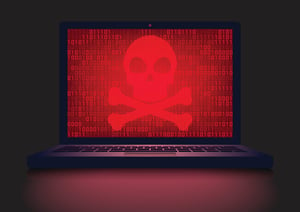 The Hill reported 9/14/2021: "Gen. Paul Nakasone, the head of U.S. Cyber Command and director of the National Security Agency (NSA), is working to “surge” efforts to respond to the mounting ransomware attacks on critical U.S. organizations.

Nakasone told The Associated Press that there was “an intense focus” on the part of government specialists to tackle cybersecurity threats and to “impose costs when necessary,” including through publicly calling out countries behind major cyberattacks.

His comments came on the heels of months of attacks on both U.S. government groups and private industry.

These have included those linked to foreign governments, such as the SolarWinds hack, which allowed Russian-government linked hackers to compromise nine federal agencies and 100 private sector groups for much of 2020. President Biden imposed sanctions on Russia in connection with the attack in April.

The incidents have also included major ransomware attacks on companies including Colonial Pipeline, which provides 45 percent of the East Coast’s fuel supply, and on meat producer JBS USA, both of which were linked to Russian-based cyber criminal groups.