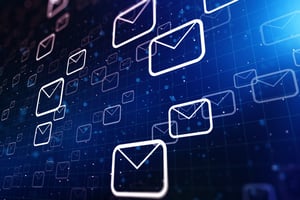 Read how one unnamed company fell victim to a scam that’s been repeated many times over the last few years, but never with such a massive payoff at the end.

Recently, news of a U.S. company being the victim of a business email compromise scam has spread like wildfire. While no company is named, the story paints a picture of both how easy it is for cybercriminals to access credentials, and how painful the final outcome can be.

In this case, a simple phishing scam turned into $15 Million for one cybercriminal.

Here’s how it went down:

These actions resulted in the victim company being taken for $15M with no recourse.

This could be your organization. And everything done in the attack above could realistically be done by a single individual. It doesn’t take much to accomplish all this, if you know what you’re doing.

The biggest red flag should have been on Step 1 – rarely (if ever) does anyone need to log onto their web credentials when they are already logged in. Users fall for this all the time – and they shouldn’t. A little new school Security Awareness Training can make the difference to empower users with the knowledge of what phishing scams look like and why they need to work with a heightened sense of vigilance. All this adds up to a smaller threat surface and a lower likelihood that someone will fall for the bait that may be the beginning of a very costly attack.