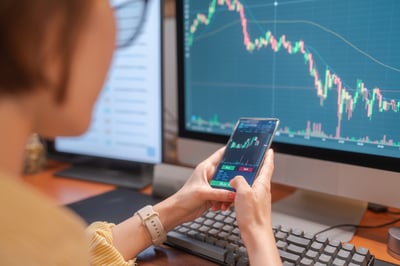 Months after the MailChimp data breach targeting 102 companies in the crypto sector, a new lawsuit has been filed seeking millions of dollars in damages.

I covered the data breach that occurred in March of this year where a threat actor broke into MailChimp’s network and specifically targeted the email addresses of customers of over 100 companies in the crypto space. Why? So, they could use those email addresses as part of a targeted phishing scam where the customer is sent a phishing email impersonating the crypto company in order to obtain credentials and pass phrases to access crypto wallets.

In the newly filed class action lawsuit against Intuit, customers of the crypto platform company, Trezor, are listed as Class Members. The losses are claimed to be in the millions, with the lead Plantiff’s own losses estimated at $82,000.

According to the lawsuit (and previous reports about the data breach), the initial access to MailChimp’s environment was via a phishing attack where an employee clicked a malicious link that provided cybercriminals with access to the victim’s endpoint. From there, it was a matter of time for access to internal accounts, systems, applications, and data occurred.

This story should serve as a critical warning for any organization that has customer data that can be misused to steal credentials, credit card details, identity information, or any other malicious means of harming the customer via phishing attack.

In the case of the MailChimp attack, this entire lawsuit exists because of a single click of the mouse within an email. That’s it – one click. Users that undergo Security Awareness Training are taught to always be on guard against phishing attacks and social engineering tactics.

While there’s no guarantee that should MailChimp had Security Awareness Training in place this wouldn’t have happened, but it sure would have been far less likely to have occurred.