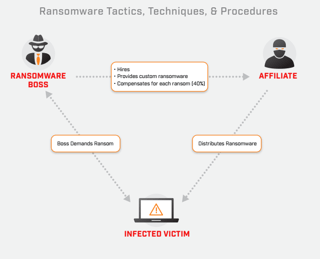 A short report by Flashpoint gives us some insight into a recent ransomware campaign, which so far has generated a serious amount of profit considering it takes little effort to operate.

They tracked a campaign operating out of Russia since December 2015, and Flashpoint states that the typical head of a ransomware operation makes about $90,000 a year, or about $7,500 per month, 13 times the Russian average wages.

In this role, the manager is responsible for recruiting distributors and malware development, which if their code skills are up to snuff, might require just a few hours a week.

"Ransomware is clearly paying for Russian cybercriminals. As Ransomware as a Service campaigns become more wide-spread and accessible to even low-level cybercriminals, such attacks may result in difficult situations for individuals and corporations not yet ready to deal with these new waves of attacks," said Flashpoint's Vitali Kremez.

The company has also released a companion research report, titled Hacking Healtcare which provides further examples of some of the latest healthcare-focused attacks and the response in underground forums. You can get some more detail at Steve Ragan's article at CSO.