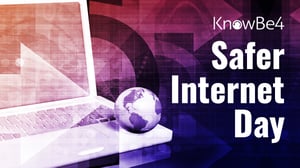 The three best things you can do to improve your computer security, bar anything, have been the same three things you should have already been doing for the entirety of computers. The top three threats have been in list of top threats since they made enough computers with shared access to allow unscrupulous people to do malicious things with them.

So, there you have it! Don’t get socially engineered, patch your stuff, and use different passwords for everything.

You are likely going to read tens of thousands of words on how to best protect yourself and your organization against hackers and malware this year. I can assure you that those 13 words are the most important recommendations you can understand and use to create your computer defense. Everyone’s going to be trying to distract you with far more words, far more recommendations, and recommend you buy a bunch of expensive new devices and services. And they can only help. But what I am saying is that you need to concentrate on the three recommendations made above as if they were the top three things you can do to reduce risk in your environment, because they are. And any offering that helps do those three things should be your focus, this year, and every year, until the threats change.