The RopeMaker Exploit Can CHANGE An Already Delivered Email 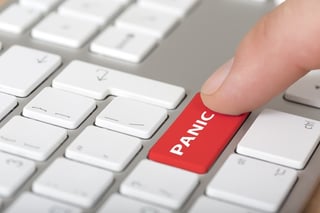 Our friends at Mimecast are warning against something scary! This is a sobering example of why scanners and filters will always be behind in the security arms race...

They wrote: "Most people live under the assumption that email is immutable once delivered, like a physical letter.  A new email exploit, dubbed ROPEMAKER by Mimecast’s research team, turns that assumption on its head, undermining the security and non-repudiation of email; even for those that use SMIME or PGP for signing." The attack works by remotely altering cascading style sheets (CSS) in HTML emails.

"Described in more detail in a recently published security advisory, Mimecast has been able to add a defense against this exploit for our customers and also provide security recommendations that can be considered by non-customers to safeguard their email from this email exploit.

So what is ROPEMAKER?

The origin of ROPEMAKER lies at the intersection of email and Web technologies, more specifically Cascading Style Sheets (CSS) used with HTML.  While the use of these Web technologies has made email more visually attractive and dynamic relative to its purely text-based predecessor, this has also introduced an exploitable attack vector for email.

Clearly, giving attackers remote control over any aspect of ones’ applications or infrastructure is a bad thing.  As is described in more depth in the ROPEMAKER Security Advisory, this remote-control-ability could enable bad actors to direct unwitting users to malicious Web sites or cause other harmful consequences using a technique that could bypass common security controls and fool even the most security savvy users.  ROPEMAKER could be leveraged in ways that are limited only by the creativity of the threat actors, which experience tells us, is often unlimited.

Into this, post-delivery (without having direct access to the user’s desktop):

To date, Mimecast has not seen ROPEMAKER exploited in the wild.  We have, however, shown it to work on most popular email clients and online email services.  Given that Mimecast currently serves more than 27K organizations and relays billions of emails monthly, if these types of exploits were being widely used it is very likely that Mimecast would see them.  However, this is no guarantee that cybercriminals aren’t currently taking advantage of ROPEMAKER in very targeted attacks.

For details on email clients that we tested that are and are not exploitable by ROPEMAKER and the specifics on a security setting recommended by Apple for Apple Mail, please see the ROPEMAKER Security Advisory.

Is ROPEMAKER a software vulnerability, a form of potential application abuse/exploit, or a fundamental design flaw resulting from the intersection of Web technologies and email?  Does it really matter which it is? For sure attackers don’t care why a system can be exploited, only that it can be. If you agree that the potential of an email being changeable post-delivery under the control of a malicious actor increases the probability of a successful email-borne attack, the issue simplifies itself.  Experience tells us that cybercriminals are always looking for the next email attack technique to use.  As an industry let’s work together to reduce the likelihood that the ROPEMAKER style of exploits gains any traction with cybercriminals!"  Cross posted with grateful acknowledgement to Mimecast

What To Do About It
Turn off HTML in email? Not a chance. However, SANS commented "It applies only to desktop email clients; it fails on browser-based email clients as they strip out header tags required by this exploit." To some degree that is contrary to what Mimecast claimed, who said that they saw this working on online mail services. However, SANS suggested that a network filter could be added blocking remote CSS download by email clients."
The exploit doesn’t work on browser-based emails such as Gmail, Outlook Web Access, or iCloud, but Mimecast warns that both the desktop and mobile versions of Microsoft Outlook, the desktop and mobile versions of Apple Mail, and Mozilla’s Thunderbird could fall victim to ROPEMAKER.

Apple Mail has a user setting that would allow email users to block automatic execution of a remote resource—like a remotely hosted CSS file for instance, he says. But few are likely using it.

The problem is that Micecast showed in great detail how this exploit works, so you can expect the bad guys to jump on this immediately. Mimecast has shared its research privately with all of the primary email client vendors, but so far not one of them has acknowledged ROPEMAKER as a vulnerability or exploit.

The longer-term fix would involve a revision of internet standards and more intelligent security controls at the network and the endpoint, according to Mimecast.

Exploits like this are an excellent argument for new-school security awareness training, which makes the end-user more aware of potential red flags in email and makes them Stop, Look, and Think before they click.

For instance, KnowBe4's integrated training and phishing platform allows you to send fully simulated html phishing attacks so you can see which users answer the emails and/or click on links in them or open infected attachments.