The Malicious Use of Artificial Intelligence in Cyber Security 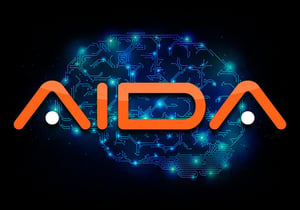 Kevin Townsend wrote a great article about AI in SecurityWeek, looking at the current state of affairs and the expected near future, based on a recent important scientific paper titled: "The Malicious Use of Artificial Intelligence: Forecasting, Prevention, and Mitigation.

The report was written by 26 authors from 14 institutions, spanning academia, civil society, and industry. It builds on a 2 day workshop held in Oxford, UK, in February 2017.

Artificial intelligence (AI) is the use of computers to perform the analytical functions normally only available to humans – but at machine speed. ‘Machine speed’ is described by Corvil’s David Murray as, “millions of instructions and calculations across multiple software programs, in 20 microseconds or even faster.” AI simply makes the unrealistic, real.

The problem discussed in the paper is that this function has no ethical bias. It can be used as easily for malicious purposes as it can for beneficial purposes. AI is largely dual-purpose; and the basic threat is that zero-day malware will appear more frequently and be targeted more precisely, while existing defenses are neutralized – all because of AI systems in the hands of malicious actors.

In short, AI could be used to make fake news more common and more realistic; or make targeted spear-phishing more compelling at the scale of current mass phishing through the misuse or abuse of identity. This will affect both business cybersecurity (business email compromise, BEC, could become even more effective than it already is), and national security.

It is possible, however, that the whole threat of unbridled artificial intelligence in the cyber world is being over-hyped.

F-Secure’s Patel comments, “Social engineering and disinformation campaigns will become easier with the ability to generate ‘fake’ content (text, voice, and video). There are plenty of people on the Internet who can very quickly figure out whether an image has been photoshopped, and I’d expect that, for now, it might be fairly easy to determine whether something was automatically generated or altered by a machine learning algorithm.

“In the future,” he added, “if it becomes impossible to determine if a piece of content was generated by ML, researchers will need to look at metadata surrounding the content to determine its validity (for instance, timestamps, IP addresses, etc.).”

In short, Patel’s suggestion is that AI will simply scale, in quality and quantity, the same threats that are faced today. But AI can also scale and improve the current defenses against those threats. KnowBe4 is working on that. Read more about the AIDA beta.