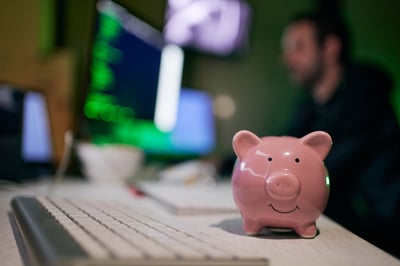 More than half (55%) of phishing attacks target IT departments, according to research commissioned by OpenText. Additionally, nearly half of survey respondents said they had fallen for a malware phishing attack.

“The most common form is a standard untargeted mass phishing attack,” the researchers write. “Nearly one in five of the respondents to the IDG survey said they either were definitely targeted by such an attack (37%) or suspect they were (42%). Next most common is a malware attack, where the user gets an email with an attachment — usually a Microsoft Office document — that launches malware if clicked on. Among the respondents, 44% confirmed they were the victim of such an attack and 23% suspect so.”

Many respondents also said that malware phishing attacks are very hard to identify.

“More than a third (37%) cited exposure of sensitive data, and 32% said they’ve suffered lost productivity,” the researchers write. “One in five had suffered a loss of revenue from phishing, and nearly as many (19%) had had to pay legal or regulatory fines. Perhaps worse, more than one-third (37%) reported that their organization had suffered downtime lasting longer than a day as a result of phishing attacks. Larger organizations (500 to 999 employees) were far more likely to report such downtime, at 44%, versus 14% for small companies (25 to 100 employees). Larger organizations are also more likely to report negative consequences from phishing, especially exposure of sensitive data: nearly half (49%) of all the respondents from large companies, versus 35% for medium (100 to 499 employees) and 16% for small companies.”

New-school security awareness training can give your organization an essential layer of defense by enabling your employees to recognize phishing attacks.