The Fake French Minister In A Silicone Mask Who Stole Millions 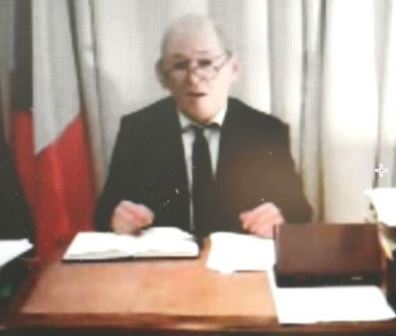 Identity theft is said to be the world's fastest-growing crime, but in sheer chutzpah there can be few cons to match the story of the fake French minister and his silicone mask.

The BBC has an incredible story about social engineering. For two years from late 2015, an individual or individuals impersonating France's defence minister, Jean-Yves Le Drian, scammed an estimated 90 million dollars from wealthy victims including the Aga Khan and the owner of Château Margaux wines.

The hustle required targets to believe they were being contacted by Mr Le Drian, who then requested financial help to pay ransoms for journalists being held hostage by Islamists in the Middle East.

Since France officially does not pay ransoms to hostage-takers, the fake Le Drian assured payments could not be traced and asked for the funds to be placed in a bank in China.

How The Scam Worked

The system started with an initial telephone call from someone claiming to be a member of Mr Le Drian's inner circle, such as his special adviser Jean-Claude Mallet. This person would then arrange a conversation with the "minister" himself.

Initially these "ministerial" calls were also over the phone. But then - in an effort to be more convincing - the scam went up a level, to video. Now the fake Le Drian not only had to sound like the defense minister, he had to look like him, too.

So, in meetings arranged on Skype, the fraudster wore a custom-made Le Drian mask and sat in a facsmile of Le Drian's ministerial office, complete with flags and portrait of then-President François Hollande. BBC has the full story: https://www.bbc.com/news/world-europe-48510027