The Clop #Ransomware gang is now pressuring  customers of victims threatening that their personal, confidential data will be exposed unless a ransom is paid

Brian Krebs just reported: "Some of the top ransomware gangs are deploying a new pressure tactic to push more victim organizations into paying an extortion demand: Emailing the victim’s customers and partners directly, warning that their data will be leaked to the dark web unless they can convince the victim firm to pay up. 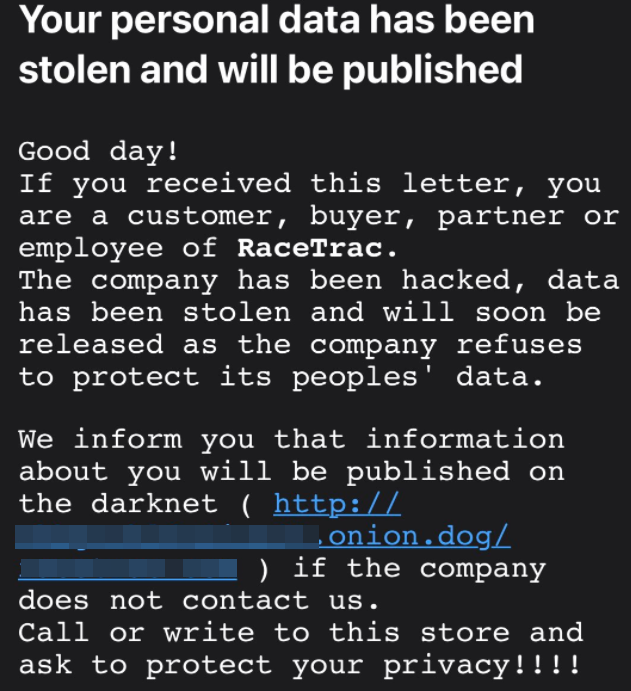 This letter is from the Clop ransomware gang, putting pressure on a recent victim named on Clop’s dark web shaming site.

“Good day! If you received this letter, you are a customer, buyer, partner or employee of [victim],” the missive reads. “The company has been hacked, data has been stolen and will soon be released as the company refuses to protect its peoples’ data.”

“We inform you that information about you will be published on the darknet [link to dark web victim shaming page] if the company does not contact us,” the message concludes. “Call or write to this store and ask to protect your privacy!!!!”

The message above was sent to a customer of RaceTrac Petroleum, an Atlanta company that operates more than 650 retail gasoline convenience stores in 12 southeastern states. The person who shared that screenshot above isn’t a distributor or partner of RaceTrac, but they said they are a RaceTrac rewards member, so the company definitely has their email address and other information.

Several gigabytes of the company’s files — including employee tax and financial records — have been posted to the victim shaming site for the Clop ransomware gang.

In response to questions from KrebsOnSecurity, RaceTrac said it was recently impacted by a security incident affecting one of its third-party service providers, Accellion Inc.

For the past few months, attackers have been exploiting a a zero-day vulnerability in Accellion File Transfer Appliance (FTA) software, a flaw that has been seized upon by Clop to break into dozens of other major companies like oil giant Shell and security firm Qualys. 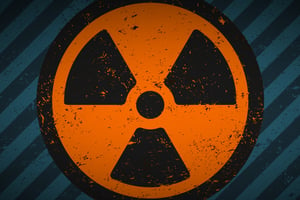