The Best Computer Security Solvers Look Beyond the Problem 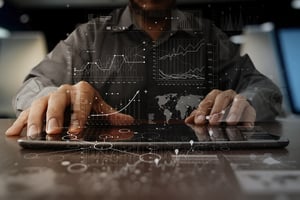 Who doesn’t love a good computer security “cowboy”? That’s a man or a woman who is a recognized authority in their field of expertise, who groks their subject, who is truly a subject matter expert.

When there is a crisis, everyone wants at least one cowboy on the solution team. They are usually passionate at what they do and love and seem to have a natural ability to recognize and fix whatever the problem is faster than most.

The more experienced I’ve become, the more I also like the exact opposite – the competent generalist who sees the big picture. Every team needs a bit of both.

I’ve come to better appreciate defenders who can see beyond the current crisis, who look for the ultimate reason for how the current problem became a problem and then suggest how to fix it.

Good defenders like to map an organization’s individual computer security defenses to a capability maturity model. Capability Maturity Models (CCMs) ask observers to rank how well and mature a particular process or control is as compared to the best imagined process or control for mitigating risks. Computer security professionals can also be ranked along a CCM continuity scale from immature to completely mature. The best computer security professionals are highly technical, but look at all problems in a highly mature, broader way.

The best defenders ask the right questions. What was missing that allowed something to become a problem? Was there a missing policy or tool that could have helped? Why did that person make that mistake? They wonder, if I change nothing, can a similar mistake happen in the future?

The best computer security defenders always look past the current problem and ask, how did it get this way? The better they are, the further they look up the chain of causation. Here’s the basic maturity steps with any computer security issue:

Let me give you three real-life examples:

If you use our products, you can use PhishER, reporting, and other components we have to get that sort of data and put a quicker end to them. But even if you don’t use our products, you need to approach your organization’s phishing activity in a mature, thoughtful way. What subjects are you seeing being used against your organization? What new tricks are you seeing? What is most successful and why? Use those subjects to educate and train your end-user base. Don’t just stop phishing one-at-a-time. Use developing trends to put down new phishing sooner and better.

My Challenge to You

Any time you come across a security issue, be it a misconfigured firewall, a phishing campaign, a turned off security service, or whatever, ask yourself, “How did this happen?” Don’t just fix the issue and move on with life. To be the best computer security defender you can be, ask yourself, what missing things allowed this to happen? Is it happening anywhere else? How can I find out? What policies, tools, or training can I implement to stop it from happening again?

And you should do this across all controls and defenses the same way you naturally think. Because it turns out those hot-shot, computer security cowboys who seem so natural at being smart and solving those difficult issues…they got there by thinking about the problems more and better than anyone else. They weren’t born smart. They got smart by not stopping at resolving “just” the issue at hand. You, too, can be a leader of the pack (if you aren’t already) by looking at the big picture and solving the problems more completely than others.

“If I had an hour to solve a problem and my life depended on the solution, I would spend the first 55 minutes determining the proper question to ask, for once I know the proper question, I could solve the problem in less than five minutes.” – Albert Einstein.