That Saudi oil and gas plant that got hacked. You'll never guess who could... OK, it's Russia

FireEye thinks it found the evil genius behind a nasty cyber-infection at a Saudi Oil refinery. 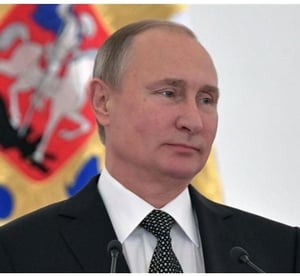 It was all over the news, including the WSJ. However, UK's "The Register" had the best reporting. I like those guys, they have an irreverent style. :-D

Here is what they said:

"A malware infection at a Saudi petrochemical plant last year was likely the work of a Moscow-based research operation backed by the Russian government.

Security shop FireEye says this week it is confident in labeling the Kremlin-backed Central Scientific Research Institute of Chemistry and Mechanics (CNIIHM) as the source of tools used to carry out the 2017 Triton attack on industrial control systems at a Saudi oil and gas facility.

FireEye says that an operation known as TEMP.Veles was the precursor of what would become the Triton attack. After reconnaissance the TEMP team infiltrated machines in the Saudi organization and installed malware, which spread throughout its network. This was then used to install and run the Triton malware in an effort to cause physical damage at the facility by shutting off safety controls.

The security firm, which has been investigating the attack since December of last year, believes that the TEMP.Veles operation was carried out by one or more people working from the CNIIHM facility in Moscow.

Among the evidence presented by FireEye was the attacker's use of an IP address registered to CNIIHM and logs that showed much of the TEMP.Veles activity occurring during standard Russian business hours.

Additionally, FireEye was able to tie much of the early development and testing activity to an unnamed individual who was, at the time, working at the facility.

"During our investigation of TEMP.Veles activity, we found multiple unique tools that the group deployed in the target environment," FireEye said.

"Some of these same tools, identified by hash, were evaluated in a malware testing environment by a single user."

If that wasn't enough, CNIIHM is one of the few, if only, facilities in the region that has a combination of the engineering, industrial infrastructure, and information security knowledge needed to carry out the operation under one roof, the security business states.

"While we know that TEMP.Veles deployed the TRITON attack framework, we do not have specific evidence to prove that CNIIHM did (or did not) develop the tool," FireEye says.

"We infer that CNIIHM likely maintains the institutional expertise needed to develop and prototype TRITON based on the institute’s self-described mission and other public information."

Finally, FireEye says, it can almost certainly rule out the "rogue employee" or "lone wolf" outsider scenarios, noting that the operation occurred over multiple years and required knowledge of so many different systems that it would have almost certainly been sniffed out by the institution.

It's unlikely that the institute will see much in the way of consequences, however. So far, the Russian government has shown itself more than willing to engage in state-sponsored hacking operations, and has faced little in the way of repercussions on the global stage."

Cross-posted with grateful acknowledgement to The Register. These guys are good, and fun.