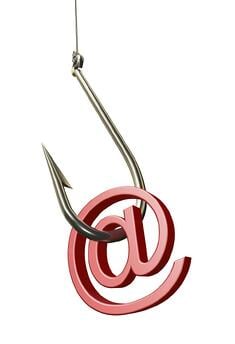 Ubiquity, a San Jose based maker of networking technology for service providers and enterprises, disclosed the attack in a quarterly financial report filed this week with the U.S. Securities and Exchange Commission (SEC). The company said it discovered the fraud on June 5, 2015, and that the incident involved employee impersonation and fraudulent requests from an outside entity targeting the company’s finance department.

“This fraud resulted in transfers of funds aggregating $46.7 million held by a Company subsidiary incorporated in Hong Kong to other overseas accounts held by third parties,” Ubiquity wrote. “As soon as the Company became aware of this fraudulent activity it initiated contact with its Hong Kong subsidiary’s bank and promptly initiated legal proceedings in various foreign jurisdictions. As a result of these efforts, the Company has recovered $8.1 million of the amounts transferred.”

Known variously as “CEO fraud,” and the “business email compromise,” the swindle that hit Ubiquiti is a sophisticated and increasingly common one targeting businesses working with foreign suppliers and/or businesses that regularly perform wire transfer payments.  In January 2015, the FBI warned that cyber thieves stole nearly $215 million from businesses in the previous 14 months through such scams, which start when crooks spoof or hijack the email accounts of business executives or employees.

In February, con artists made off with $17.2 million from one of Omaha, Nebraska’s oldest companies —  The Scoular Co., an employee-owned commodities trader. According to Omaha.com, an executive with the 800-employee company wired the money in installments last summer to a bank in China after receiving emails ordering him to do so. There is more detail and data about this cyberheist at Brian's site.

Ubiquity didn’t disclose precisely how it was scammed, but CEO fraud usually begins with the thieves either phishing an executive and gaining access to that individual’s inbox, or emailing employees from a look-alike domain name that is one or two letters off from the target company’s true domain name.

This is exactly the kind of thing that is prevented by effective security awareness training. The bad guys have a back door into your network; your employees. You can spend a large amount of money putting all kinds of security software in place and you should, but it can be all wasted if you don't also train your employees and keep them on their toes with security top of mind.

Find out how affordable this is today and be pleasantly surprised: