New Survey: IT Security Spending Is Up, But Security Is Not, Ransomware Is The Biggest Worry 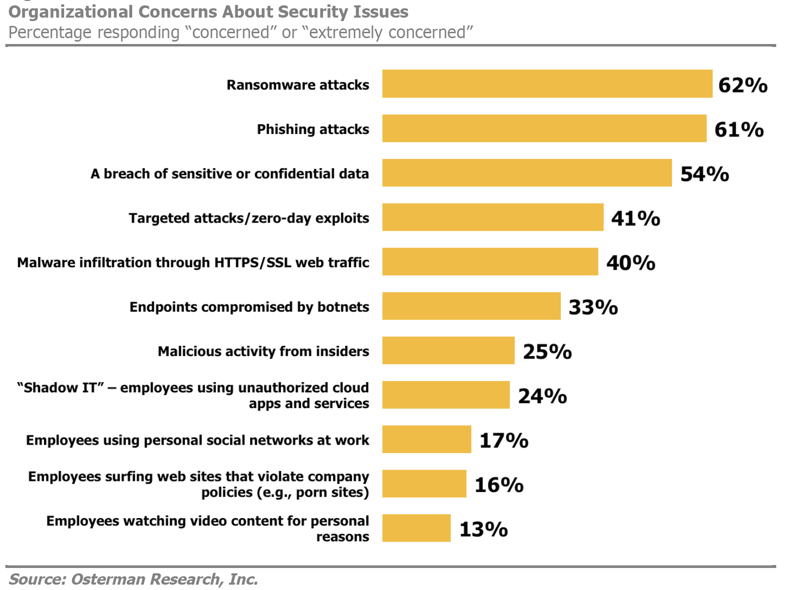 The second-annual Cyren-Osterman Research U.S. security survey shows a significant disconnect between rising IT security spending and a low level of confidence in current protection, among many topics covered in the 24-page report, IT Security at SMBs: 2017 Benchmarking Survey, available for free download.

On average, survey respondents reported that IT security budgets grew a robust 17% during the past 12 months. That’s on top of a 21% increase reported one year ago in the first annual Cyren-Osterman Research survey. However, sixty-eight percent of businesses reported one or more breaches or infections during the prior 12 months, and significantly less than half believe they are well prepared to meet priority threats like ransomware, phishing and zero-day exploits.

The survey focuses on the current web and email security status and priorities of IT and security managers at organizations with 100 to 3,000 employees. The survey results allow security personnel to benchmark their own security posture and planning against their peers.

This will take you 5 minutes and may give you some insights you never expected! Get your complimentary download of RanSim here: