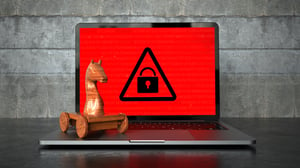 Attacks involving what is arguably the world’s most dangerous malware are on the rise, with reports from the cybersecurity agencies in Japan, New Zealand, and France.

Very often I cover specific attacks and warnings from a government agency. But rarely do you see three different countries all see the same trend in attacks from the same malware to an extent that warrants similarly-timed alerts to be released. According to CERT-FR in France, JPCERT in Japan, and CERTNZ in New Zealand, attacks from the Emotet infrastructure hitting both businesses and government agencies.

The massive spike it best visualized via a chart provided by JPCERT:

It’s evident that a tripling-or-more of the experienced weekly attacks is something worth paying attention to. As you’ll recall, Emotet is a nasty Trojan that steals credentials from web browsers, steal emails and attachments (to be used to hijack email conversations), spread within organizations, and execute custom instructions.

Even if you don’t work in the three countries that have issued alerts, it’s imperative that your organization ensure it is prepared for phishing attacks that may involve Emotet. Keep browsers and Operating systems up to date, same for email-related security solutions, and invest time and budget into new school Security Awareness Training to shore of the weakest part of your security infrastructure – the user.