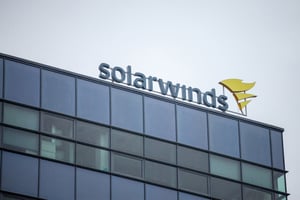 SolarWinds and some of its executives have been accused of lying to shareholders about its security. In a class-action lawsuit filed by shareholders Solarwinds, outgoing CEO Keven Thompson, and CFO Barton Kalso are named as defendants. The suit claims that there were false and misleading statements made from the company and its executives to the Security and Exchange commission last year.

Undisclosed to shareholders, Solarwinds’ Orion tools were accessible to attackers that could compromise the server. Additionally, the password for the server was “solarwinds123”. Both of these security issues left customers viable for hacks and the company suffered harm to its reputation. The shareholders filed a lawsuit claiming the statements made to shareholders in the past were false and misleading after this information came to light. More at DarkReading.

Tell your CEO that you need to really manage your third party risk, and get budget now for KCM GRC.