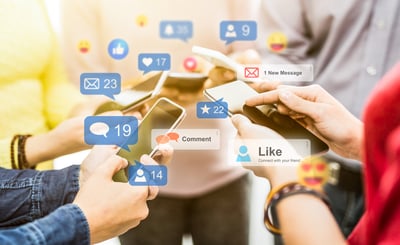 Researchers at ESTsecurity warn that a North Korean threat actor known as “Kumsong 121” is using compromised social media accounts to launch spear phishing attacks, the Daily NK reports. The attackers use the hacked accounts to target the victims’ acquaintances.

“After hacking an individual’s social media account, the attackers chose additional targets from the victim’s social media friends,” the Daily NK says. “The hackers lowered the guard of the target and earned their friendship by sending chat messages with friendly greetings and ordinary topics of interest or gossip. The attackers then sent an infected document file to the target through email by soliciting advice on a column related to North Korean affairs they claimed to have recently written.”

If the user opens the Word document and enables macros, their computer will be infected with malware.

The researchers note that the threat actor is also distributing mobile malware to target Android phones via malicious APK files.

“If victims install an infected Android package created by the hackers, much of their private information gets leaked, including the address books, text messages, phone records, location information, sound recordings and photos saved on their phones,” the Daily NK says.

Mun Chong Hyun, the head of the ESTsecurity Security Response Center, told the Daily NK that the threat actor has successfully compromised the phones of “well-known figures, including a certain South Korean lawmaker.”

“In particular, they often use mobile phones or email to contact you, pretending to be an acquaintance or industry expert,” he said. “When sent .apk or .doc files, the safest thing is to directly call the sender and confirm whether they are legit.”

The Daily NK has the story.