Social Engineering for Espionage and Influence 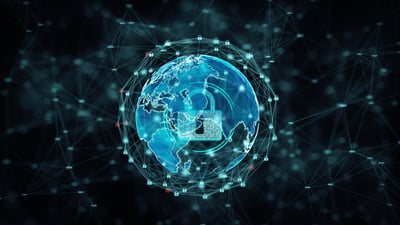 Microsoft has disrupted operations carried out by a Russian government-aligned threat actor tracked as “SEABORGIUM.” The threat actor uses phishing and credential harvesting to conduct espionage and information operations. SEABORGIUM typically focuses on organizations in Western countries, although it began targeting some Ukrainian organizations shortly before Russia invaded Ukraine.

“Since the beginning of 2022, Microsoft has observed SEABORGIUM campaigns targeting over 30 organizations, in addition to personal accounts of people of interest,” the researchers write. “SEABORGIUM primarily targets NATO countries, particularly the US and the UK, with occasional targeting of other countries in the Baltics, the Nordics, and Eastern Europe. Such targeting has included the government sector of Ukraine in the months leading up to the invasion by Russia, and organizations involved in supporting roles for the war in Ukraine. Despite some targeting of these organizations, Microsoft assesses that Ukraine is likely not a primary focus for this actor; however, it is most likely a reactive focus area for the actor and one of many diverse targets.”

The threat actor conducts targeted social engineering attacks against a variety of organizations.

SEABORGIUM does extensive research on its targets before contacting them on social media sites, including LinkedIn (a Microsoft subsidiary). Microsoft worked with LinkedIn to track and block some of this activity.

“Before starting a campaign, SEABORGIUM often conducts reconnaissance of target individuals, with a focus on identifying legitimate contacts in the targets’ distant social network or sphere of influence. Based on some of the impersonation and targeting observed, we suspect that the threat actor uses social media platforms, personal directories, and general open-source intelligence (OSINT) to supplement their reconnaissance efforts. MSTIC, in partnership with LinkedIn, has observed fraudulent profiles attributed to SEABORGIUM being used sporadically for conducting reconnaissance of employees from specific organizations of interest.”