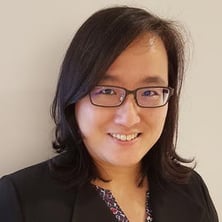 Eileen Yu, for By The Way at ZDNet wrote: "A recent data breach has highlighted a need for the Singapore government to realise human errors are cybersecurity risks that need to be addressed, and not simply dismissed as mistakes that carry little threat to an organisation's network. The incident exposes a mindset within the public sector that, if left to fester, will put citizens at higher risk and erode public trust in the government's ability to safeguard their personal data.

"Last week, a folder containing personal data of 6,541 individuals was "inadvertently" sent via email to several parties, according to the Singapore Accountancy Commission (SAC), a statutory body under the Ministry of Finance.

"The error was discovered only months after the first email was sent, when an email protection tool--implemented in October as part of a government-wide deployment--triggered an alert. The incident exposed personal details such as names, national identification number, date of birth, and employment information.

"The data was sent out in multiple email messages between June 12 and October 22 this year to 22 organisations, all of which were later asked to delete the data folder as well as ascertain whether the folder had been forwarded to other parties. The SAC, however, did not disclose if, and how many, other parties had received or accessed the data.

"Asked about further remediation since the incident had been highlighted as a security risk, SAC's chief executive Evan Law told ZDNet in an email: 'Sending out this administrative email is not a security risk as it was by mistake that a staff attached the data file.'

"And asked what efforts the commission was making to ascertain if the personal data had been published online or sold on the dark web, Law replied that all primary and secondary recipients already had provided an official statement to SAC via email, stating that they deleted folder and had not forwarded the folder."

This is an interesting story, and only shows that we still have a long way to go worldwide in understanding that the human is the last line of defense and at the same time the weak link in IT security, unless they are stepped through new-school security awareness training. KnowBe4 has an office in Singapore and we are glad to help.