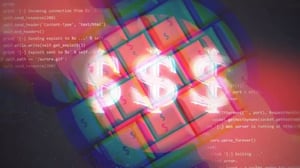 A group is attempting to extort money from a company by threatening to destroy its online reputation. CheapAir, a flight comparison website, says it received an email in which a group calling itself “STD Company” threatened to give CheapAir thousands of negative reviews in order to manipulate the website’s position in search engine results.

The group claimed it would flood sites like TrustPilot and RipOff Report with these reviews, which would eventually drown out CheapAir’s legitimate website.

The group also said it would target the company on other forms of social media, including Twitter and Instagram. This would involve using a large network of bots on Twitter to create and retweet damaging tweets about CheapAir. STD has already started to post these tweets, some of which have been shared over 200 times by other bots. Likewise, the group left a number of negative comments on CheapAir’s Instagram page. STD claimed that these tweets and comments were a foreshadowing of what would happen if CheapAir didn't send them 1.5 bitcoin (approximately $10,500).

CheapAir’s CEO Jeff Klee told Motherboard that his company would not pay the ransom, but he noted that the organization would have to spend a significant amount of time combating the activity.

The takeaway from this is that botnets and fake accounts can have damaging effects on third-parties, and organizations should take steps to reduce their impact. Motherboard found that many of STD’s social media accounts could be identified as fraudulent rather easily, due to a lack of profile pictures and original content.

Organizations should provide their employees with new-school security awareness training and inject some "truth vaccine" to inoculate them against malicious SEO campaigns. Motherboard has the story: https://motherboard.vice.com/en_us/article/8xbpdb/scammers-review-bomb-twitter-bots-instagram-fake-reviews-cheapair-std-company

Not a customer yet? You can get access to see our full library of security awareness content; you can browse, search by title, category, language or content topics. There are 500+ ways to educate your users about these kind of scams. See it for yourself now: