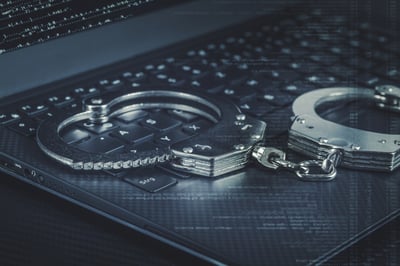 Dutch authorities have announced that an imprisoned scammer was running a phishing operation from his jail cell, Cybernews reports. The crook used four mobile phones to post malicious ads on Marktplaats, a popular Dutch classifieds site. The Northern Netherlands District Prosecutor's Office said in a statement that the scammer targeted more than a thousand people over the course of a few months.

“In the summer of 2021, a few months after the 23-year-old suspect from Groningen was sentenced to 42 months in prison for large-scale cybercrime, the Public Prosecution Service was informed that a telephone had been found in his cell,” the statement said. “This investigation shows that this suspect from the PI was engaged in exactly the same offenses for which he was convicted: phishing and fraud. That same summer, another device was found in the suspect's cell. And shortly afterwards device three that was found in his bird's food and some time later a fourth device. All the phones found in the suspect's cell contain the same thing: phishing and fraud. On his phone were more than 1000 conversations that he had on marktplaats, trying to get people to click on a link.”

The authorities have also accused a 22-year-old man from the Netherlands of assisting in the campaign.

“The phishing fraud consisted of enticing buyers on Marktplaats to transfer 0.01 euros via a payment link, after which login details of these victims were obtained,” the statement continued. “With this, it was possible to log into the victims' bank account and money was debited, transferred or goods ordered online. The form of friend-in-emergency fraud was also applied, whereby you pretend to be the victim's acquaintance via Whatsapp, after which he is persuaded to transfer money. The 23-year-old suspect has made at least 16 victims in this way who have reported this. In total, it would be more than 34,000 euros. The 22-year-old man gave the necessary instructions and phishing panels for this, but was also involved in logging into the bank accounts.”

New-school security awareness training can give your employees a healthy sense of suspicion so they can avoid falling for social engineering attacks. And let’s keep the cons busy making license plates, OK?

Cybernews has the story.