Our friends at Proofpoint reported that last week employees in the United States have been bombarded by a spam attack that pushed a double-whammy of a sextortion attempt combined with a possible ransomware infection.

Starting around May 2018, there have been a number of attack waves pushing different versions of sextortion threats.

These themes vary almost on a weekly basis, as scammers professionally test different themes and tactics to determine the best ROI. And they've been making money hand over fist.

But this week, sextortion scams took another dangerous turn. Security researchers at Proofpoint blogged they've seen a variation of a sextortion scam campaign that included a download link at the bottom of the blackmail message.

The scammers claimed to have a video of the user pleasuring himself while visiting adult sites, and they urged the user to access the link and see for himself. But Proofpoint says that instead of a video, users received a ZIP file with a set of malicious files inside.

Users who downloaded and ran these files would be infected by the AZORult malware, which would immediately download and install the GandCrab ransomware. Even if the user had no intention of paying the sextortion demand, curious users would still end up being held for ransom if they were careless enough to follow the link and ran the files they received.

You should warn your users to delete these emails, or better yet, click on the (free) Phish Alert Button and report them your organization's IT Incident Response team.

I suggest you send the following to your employees in high-risk jobs specifically. You're welcome to copy, paste, and/or edit:

The bad guys are getting more and more dangerous with sextortion scams. They now send you an email that claims they have a video of you watching an inappropriate website, and that you can download that video and see it for yourself. But if you do, your computer gets infected with ransomware! If any of this type of emails make it through the spam filters, please follow our organization's email security policy, and Think Before You Click!  [OPTIONAL]  Click on the Phish Alert Button to delete it from your inbox and at the same time alert IT about this scam. 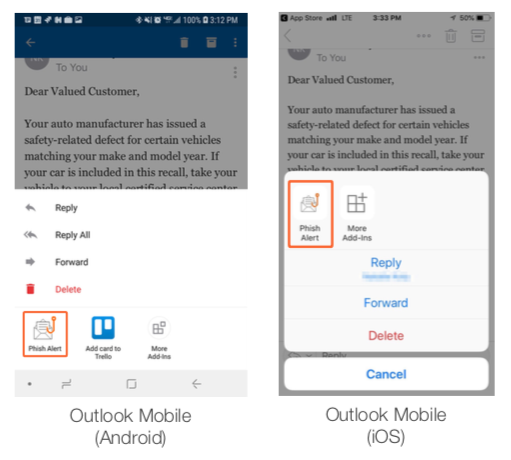