Scam Of The Week: Illegal Game of Thrones Download 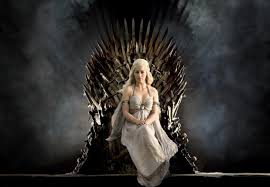 Illegally downloading television shows and movies from a variety of torrent websites is done all the time. The HBO series, "Game of Thrones" is the #1 downloaded, not surprisingly.

This Scam Of The Week warns against phishing emails that look like a notice from IP-Echelon, which is the company that enforces copyright claims to ISPs for companies such as HBO.

The twist in this case is that the attack is forwarded to them directly from their own current Internet Service Provider.

For example this last month Cox Cable has been unwittingly sending these notices to targeted subscribers.  The phishing attack is a fake violation notice that IP-Echelon has determined that the person receiving the notice has illegally downloaded "Game of Thrones" or other copyright protected entertainment and that unless they pay a settlement within 72 hours, the matter will be turned over to their attorneys.

Victims worldwide are being directed to a website where they can pay up. People falling for this social engineering tactic end up paying a cybercriminal.

There is a current email phishing scam going on where you get an official-looking email forwarded by your ISP, which states you have violated HBO copyrights and illegally downloaded Game of Thrones.

The email has a link to a website where they say you can pay the fine. Don't fall for it. The message was sent by cybercriminals and they would get any money you pay.

In general, it's a bad idea to illegally download shows and movies for two reasons. First, you are indeed violating copyrights which can turn out to be very expensive when you get sued. Second, the websites promising these downloads are often compromised and infect your computer with all kinds of malware.

If you receive such a notice and want to verify if this is for real or not,  contact the real IP-Echelon directly which you can do here: https://www.ip-echelon.com/contact-us/

Through IP-Echelon, HBO is really cracking down on piracy.  The notices being sent to ISPs are intended to be sent to their customers that have been suspected of illegally downloading HBO content as a warning. The notices also let users know how to watch Game of Thrones legally. For those that do not wish pay for a cable subscription with HBO, their streaming service HBO Now was intended to reduce illegal downloading.

Keep in mind that the price of freedom is constant alertness and willingness to fight back.