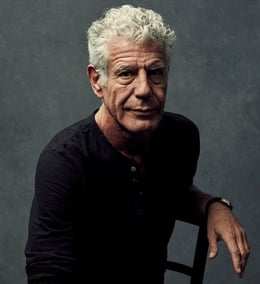 Two celebrities committed suicide this week, and unfortunately that's going to be exploited by lowlife internet criminals in a variety of ways.

I suggest you warn your users right away that a series of scams are underway using these deaths as social engineering tactics. Earlier celebrity death exploits show there will be a high click rate on phishing emails that claim to show "their last words/moments on video" and other social media scams

Whatever ruse is being used, your users will wind up with either infected workstations at the house or in the office, giving out personal information or unleashing ransomware on the network. Give them a heads-up that especially now, they need to Think Before They Click.

I would send your employees, friends and family something like the following. Feel free to copy/paste/edit.

"This week, news broke about two celebrity suicides: Kate Space and Anthony Bourdain.  Internet scum are going to exploit these deaths in a number of ways, so be careful with anything related to this sad news: emails, attachments, any social media (especially Facebook), texts on your phone, anything. There will be a number of scams related to this, so Think Before You Click!"

For KnowBe4 Customers, there are new templates that I suggest you send to everyone more or less immediately and inoculate them against these attacks. We now have two templates for each incident. Because they can deal with controversial topics, we will place them in either Current Events or the Controversial/NSFW category. Here are the titles: