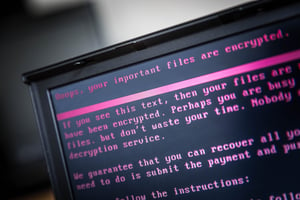 LabCorp contained the attack within 50 minutes, says they're at about 90-percent operational capacity

It's all over the news. Steve Ragan at CSO has the best "executive summary":

"LabCorp, one of the largest clinical labs in the U.S., said the Samsam ransomware attack that forced their systems offline was contained quickly and didn't result in a data breach.

However, in the brief time between detection and mitigation, the ransomware was able to encrypt thousands of systems and several hundred production servers.

The wider public first learned about the LabCorp incident on Monday, when the company disclosed it via an 8-K filing with the SEC. Since then, as recovery efforts continue, the company said they're at about 90-percent operational capacity.

According to sources familiar with the investigation, the Samsam attack at LabCorp started at midnight on July 13.

These quick actions ultimately helped the company contain the spread of the infection and neutralize the attack within 50 minutes. However, before the attack was fully contained, 7,000 systems and 1,900 servers were impacted. Of those 1,900 servers, 350 were production servers."

1) When is the last time you tested the restore function of your backups? You want to do that ASAP, and make sure you have weapons-grade backups at all times.

2) Scan your network to identify any open RDP ports and ideally disable RDP completely on all Windows machines if possible. By default, the server listens on TCP port 3389 and UDP port 3389.

3) Best practice to protect a network from a brute force RDP attack is to apply strong RDP security settings, including limiting or disabling access to shared folders and clipboards from remote locations.

4) An RDP brute force approach does open the attacker’s information to the targeted network, so automate the process of parsing the Windows Event Viewer logs, find any compromised user accounts, identify the IP address of the attacker and block that.

5) Do a no-charge Phishing Security Test and find out what percentage of your users is Phish-prone. Use that percentage as a catalyst to start a new-school security awareness training program, which—by survey—your users are actually going to appreciate because it helps them stay safe on the internet at the house. PS, the password is  "homecourse". It's free.

Here is a link to more detail:  https://www.csoonline.com/article/3291617/security/samsam-infected-thousands-of-labcorp-systems-via-brute-force-rdp.html