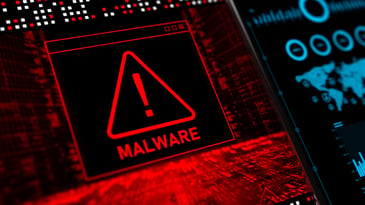 Cybercriminals are using a new malicious document builder dubbed “EtterSilent,” according to researchers at Intel 471. The builder is used to craft Microsoft Office documents with macros that install malware. Intel 471 says EtterSilent has been used by many well-known malware strains, including Trickbot, Bazar, BokBot, Gozi ISFB, and QBot. The latter three campaigns rely on bulletproof hosting, making them resilient to takedowns.

The researchers explain that EtterSilent’s rise highlights the way in which the criminal economy operates.

“The latest ‘product’ is a malicious document builder, known in the underground as ‘EtterSilent,’ that Intel 471 has seen leveraged by various cybercrime groups,” the researchers write. “As it has grown in popularity, it has constantly been updated in order to avoid detection. Used in conjunction with other forms of malware, it’s a prime example of how ease of use and a concentration of skill sets leads to a commoditization of the cybercrime economy.”

The tool’s developer offers two versions: “one that exploits a known vulnerability in Microsoft Office (CVE-2017-8570) and another that uses a malicious macro.” The version with the malicious macro is more popular since it works against Office versions that have been patched against the vulnerability.

The phishing documents impersonate DocuSign in an effort to trick users into running the macro by clicking “Enable editing” and “Enable content.”

“The malicious document, when opened, shows a template that poses as DocuSign, the popular software that allows individuals and organizations to electronically sign documents,” Intel 471 says. “The maldoc then leverages Excel 4.0 macros stored in a hidden sheet, which allow an externally-hosted payload to be downloaded, written to disk and executed using regsvr32 or rundll32. From there, attackers can follow up and drop other assorted malware.”

These campaigns rely on end-users falling for the phishing documents in order to succeed. New-school security awareness training can educate your employees about social engineering attacks.