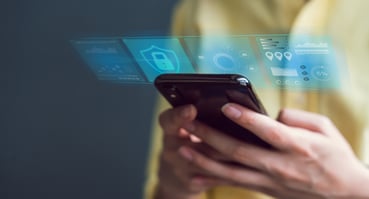 Researchers at Check Point have found malicious apps in the Google Play Store that will download Trojans to infected devices.

“Check Point Research (CPR) recently discovered a new Dropper spreading via the official Google Play store, which downloads and installs the AlienBot Banker and MRAT,” the researchers write. “This Dropper, dubbed Clast82, utilizes a series of techniques to avoid detection by Google Play Protect detection, completes the evaluation period successfully, and changes the payload dropped from a non-malicious payload to the AlienBot Banker and MRAT.”

The malicious apps posed as VPNs or audio apps. Once the malware was installed, it would gain access to the device’s banking apps.

“The AlienBot malware family is a Malware-as-a-Service (MaaS) for Android devices that allows a remote attacker, at a first step, to inject malicious code into legitimate financial applications,” Check Point says. “The attacker obtains access to victims’ accounts, and eventually completely controls their device. Upon taking control of a device, the attacker has the ability to control certain functions just as if he was holding the device physically, like installing a new application on the device, or even control it with TeamViewer.”

If the victim’s phone doesn’t allow external installations, the malware will try to trick the user into granting permission.

“If the infected device prevents installations of applications from unknown sources, Clast82 prompts the user with a fake request, pretending to be ‘Google Play Services’ requesting the user to allow the installation every 5 seconds,” Check Point says. “After the malicious payload is successfully installed, the dropper app launches the payload downloaded. In the case of Clast82, we were able to identify over 100 unique payloads of the AlienBot, an Android MaaS Banker (Malware as a service) targeting financial applications and attempting to steal the credentials and 2FA codes for those applications.”

Google has since removed the malicious apps from the Play Store. New-school security awareness training can help your employees avoid falling for phishing attacks and other social engineering tactics.