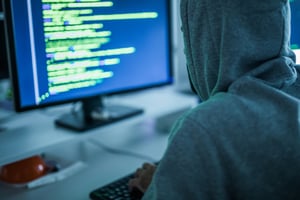 Holding data for ransom often has business repercussions beyond just delays and inconvenience. In the case of a police investigation, it’s putting criminals back on the street.

Last year, the police department in Stuart, FL was hit with a ransomware attack. The ripple effect of this attack is still being felt as the evidence in 11 cases was a part of the data held for ransom and was unrecoverable.

The result of this was US prosecutors being forced to drop 11 narcotics cases against six suspected drug dealers – with no evidence, there is no case.

This is reportedly the seventh incident of its kind, where ransomware has had impacts on cases. Even when a ransom is paid and a decryption key provided, an average of 3% of all data encrypted is never recovered. And with ransomware creators going after backups and network storage, the scope of what’s included in that 3% is potentially huge.

The only way to truly ensure data remains viable is to avoid an attack altogether. Ransomware attacks still use phishing as the initial attack vector, which makes users the last line of defense. Empowering them with Security Awareness Training changes the way they approach interactions with email and the web, putting on a mindset of vigilance and suspicion that defaults to an unsolicited email being bad before it’s proven to be legitimate.

The result is lowered engagement with malicious content, and less risk of a ransomware attack.