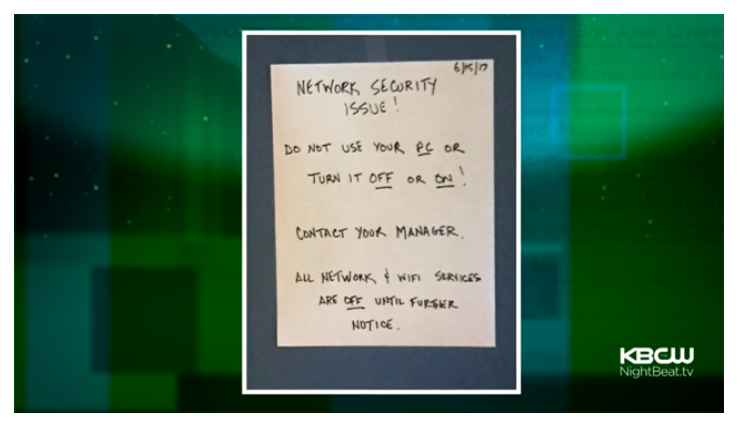 KQED, a TV and radio station in San Francisco, is an example that shows how badly any organization can suffer when ransomware hits their network. KQED has been trying to recover from the damages of a massive ransomware attack for more than a month.

The San Francisco Chronicle reported that the station received a massive ransomware attack on June 15. The attack was so severe that it has been “bombed back to 20 years ago, technology-wise” as per the analysis of one KQED’s senior editor Queena Kim.

During the attack, the station’s computer systems’ hard drives got locked, station’s internal email server went offline and pre-recorded segments were totally wiped out. For over 12 hours the online broadcast of the station remained offline, and official Wi-Fi connection also went offline for many days.

Experts believe that this attack was not Petya, a disk wiper that damaged organizations across Europe including high-profile firms FedEx and Maersk. FedEx says that the Petya malware attacks that infected systems at its TNT unit, which operates in the European Union, will have a negative material impact. FedEx said that it may not be able to recover all affected systems. The company did not have cyber insurance.

Attackers demanded an insane 1.7 Bitcoin (approx. $3,637) per encrypted file, and there were tens of thousands of encrypted files. The ransom amount was way higher than the station’s annual revenue of $71.6 million. The station was unable to pay such a hefty sum for the data so had to basically recreate their network from scratch. Here is a link to a TV clip with the story:  https://youtu.be/4XnABb0aGRo

Not sure yet how the bad guys got in. Phishing is suspected.

When new ransomware campaigns hit your organization, it is vital that IT staff be alerted immediately. One of the easiest ways to convert your employees from potential targets and victims into allies and partners in the fight against cybercrime is to roll out KnowBe4's free Phish Alert Button to your employees' desktops. Once installed, the Phish Alert Button allows your users on the front lines to sound the alarm when suspicious and potentially dangerous phishing emails slip past the other layers of protection your organization relies on to keep the bad guys at bay.