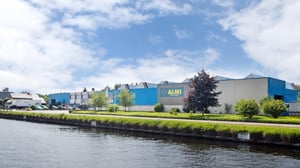 A ransomware infection has cost Dutch builder Almi Machinebouwers at least 60,000 euros. That is what director Frank Landhuis said in an interview with Sprout.

Due to the infection, employees could no longer log into their systems and the machine builder's robots were no longer able to process new orders. It was also impossible to create packing slips and invoices or to send e-mails.

The attackers demanded an amount of 8,000 euros, which Landhuis decided to pay. He then received the decryption keys to unlock the encrypted files and the company could start up again.
Landhuis estimated the total damage at least 60,000 euros. "But then I have not even included the indirect damage and consequential damage." The director suspects that one of the employees clicked on a link in a phishing e-mail, as a result of which the ransomware infection happened.

The company now has a system administrator with a great deal of knowledge in the field of digital security. "In addition, I have invested in employee awareness: people are really the weak spot when it comes to the digital security of your company, which I have learned now.", stated Landhuis.