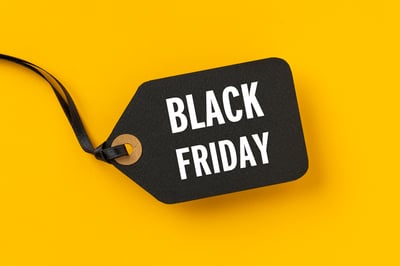 Researchers at Tessian caution that people should be wary of scams as Black Friday approaches. The researchers found that thirty percent of people in the US reported receiving a phishing message around Black Friday in 2020.

“[N]early a third of U.S. consumers (30%) said they received a phishing email around Black Friday last year, either by email or SMS to their personal email or cell,” the researchers write. “The thing is that consumers expect to receive more marketing and advertising emails from retailers during this time, touting their deals, along with updates about their orders and notifications about deliveries. Inboxes are noisier-than-usual and this makes it easier for cybercriminals to ‘hide’ their malicious messages. What’s more, attackers can leverage the ‘too-good-to-be-true’ deals people are expecting to receive, using them as lures to successfully deceive their victims. When the email looks like it has come from a legitimate brand and email address, people are more likely to click on malicious links that lead to fake websites or download harmful attachments.”

Tessian also notes that employees at retailers should be vigilant for phishing attacks as they approach the busiest time of the year.

“And it’s not just consumers that need to be wary,” Tessian says. “Employees in the retail industry will be busier and more distracted than ever during this time, faced with hundreds of orders, thousands of customer queries to respond to, and overwhelming sales targets to hit. Cybercriminals will use this to their advantage, crafting sophisticated phishing emails and cleverly worded social engineering messages in the hope that a stressed worker will miss the cues and comply with their requests.”

Tessian concludes that employers should ensure that their employees are equipped to recognize these attacks.

“In fact, security leaders in the retail industry told us that they aren’t 100% confident that their staff will be able to identify the scams that land in their inbox during these busier periods,” the researchers write. “Being made aware of the scams and being provided with sound advice – in-the-moment – on what to do if they do receive a phishing email will make the difference between whether an employee clicks on the link or shares their credentials versus if they don’t.”

It’s worth remembering, as we consider the warnings, that Black Friday has undergone the same kind of seasonal creep other American holiday periods have seen, the kind of seasonal creepy that now causes Halloween candy to begin appearing in stores as early as August. The scams are clearly connected to the calendar, but they’re connected loosely, and the criminals won’t wait until the Friday after Thanksgiving to start pursuing their marks. New-school security awareness training can enable your employees to recognize phishing and other social engineering attacks.

Tessian has the story.

It's the busiest time of year for everyone, especially cybercriminals. They know surges in online shopping, holiday travel, and time constraints can make it easier to catch users off their guard with relevant schemes. That's why we put together this resource kit to help your users make smarter security decisions every day.