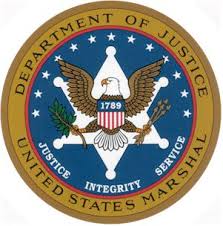 The US Marshals Service has stated that a new phone scam is targeting residents of Marshall, Texas. The scammer claims to be from the local sheriff’s office and tells residents that the federal judge in the city, Rodney Gilstrap, has issued a warrant for their arrest. One victim told the Marshall Courthouse that an unknown caller told her that she had failed to appear for jury selection, and that Judge Gilstrap had issued a warrant for her arrest.

“These scams have surfaced in the Marshall area before, but the call last Friday was the first report I have received where the caller used the name of Chief Judge Gilstrap who is the presiding U.S. District Court Judge in Marshall,” Deputy US Marshal Justin Pierce told the local media.

This type of phone scam attempts to trick victims into paying a fine in lieu of arrest. The scammer tells the victim to purchase a pre-paid debit card or gift card and then read the card number over the line. “They sometimes provide information like badge numbers, names of actual law enforcement officials and federal judges, and courthouse addresses,” US Marshals officials said. “They may also spoof their phone numbers to appear on caller ID as if they are calling from the court or a government agency.” Needless to say, US Federal law enforcement agencies don’t operate like this.

The US Marshals Service emphasized that US Marshals will never ask for credit, debit card, or gift card numbers, nor will they ask for wire transfers or bank routing numbers for any purpose. Anytime a caller asks for a money transfer over the phone, people should immediately be aware that they are likely being scammed. Interactive awareness training can give users the ability to detect these types of scams, no matter how realistic they sound.

No one in law enforcement will demand payment over the phone

There are a lot of Marshals and Marshalls in this story, but don’t be confused. The moral is simple: no one in law enforcement will demand payment over the phone. Do not fall for social engineering tactics like this. The Marshall News Messenger has the story: https://www.marshallnewsmessenger.com/general/us-marshals-service-warns-of-new-phone-scam-using-name/article_a3370edc-b5fe-11e8-8a97-f372e25f2b05.html